Stephen and I share a birthday, and more than likely you'll find us spending it together, just the two of us.  This year, our day happened to fall on a Saturday.  I came to the table with the idea that instead of getting me a gift, he should take me dress shopping in the afternoon.  I also suggested we go to dinner at a restaurant I kept calling Picnic.  Stephen couldn't find it on Google and I eventually realized it was named Recess.  Stephen came to the table with the idea of attending the Roller Derby at the state fair grounds.  Our sister-not-in-law hooked us up with some passes (thanks again Meagan!).  It seemed a bit too much to fit in, especially after I arrived home quite early in the morning after photographing Miss Brooke's birth on Friday.  It all came together quite nicely, though.

I'm writing to tell you, though, that I like Picnic Recess, and if you are ever hungry, with two hours to spare, and $150 dollars to burn (for two), you should totally check it out.  Make reservations first, though.  They serve local, organic, in season foods.  You have very few choices, instead the menu tells you what you'll be having instead of giving you options.  This is good for people like me who, when given the choice, aren't very adventurous when it comes to food but sure are glad after great food has been forced upon them.  Our food was great, and I was glad.

I took pictures of every course which isn't very suave and maybe I looked like a hillbilly in Beverly Hills, but it was for the sake of the blog. And, really, this place was not very pretentious. We sat on cafeteria chairs and our waiter wore blue jeans and a plaid shirt. Ok, maybe it was pretentious in a Portlandia kind of way. Our waiter told us where the cow sacrificed for our meal grew up (just up the road in Jasper I believe). We should have been more thorough in asking exactly how he was treated and what were his living conditions. Oh, well, whether he was treated nicely or not, he was delicious. 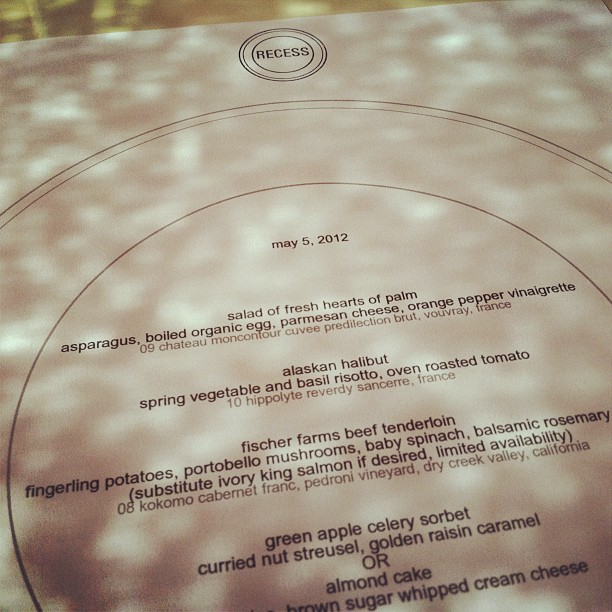 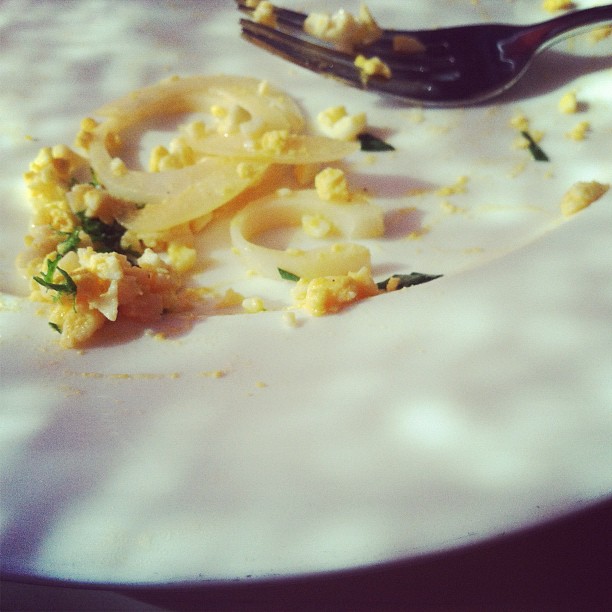 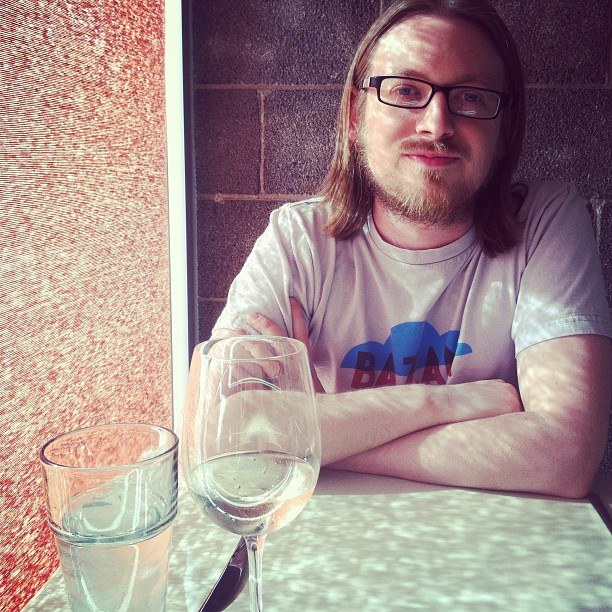 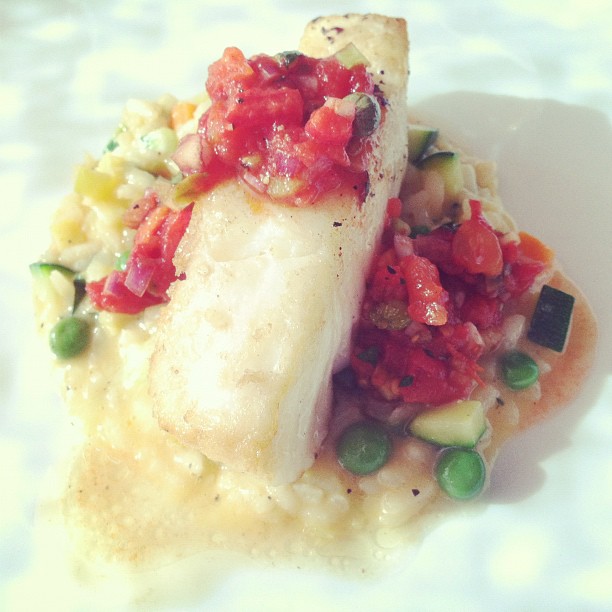 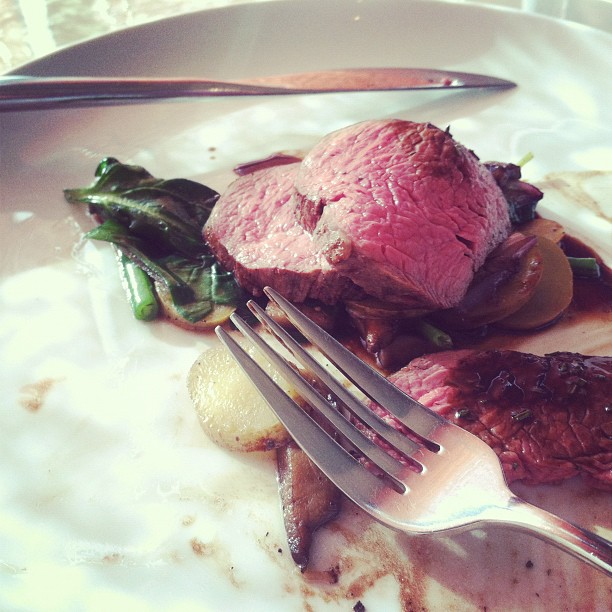 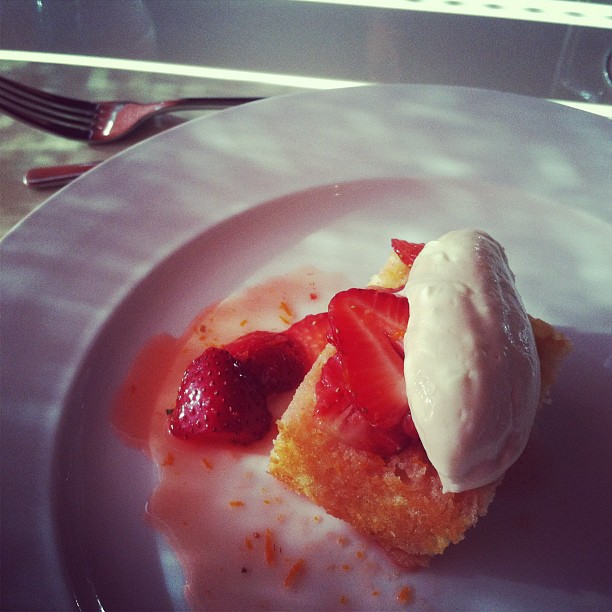 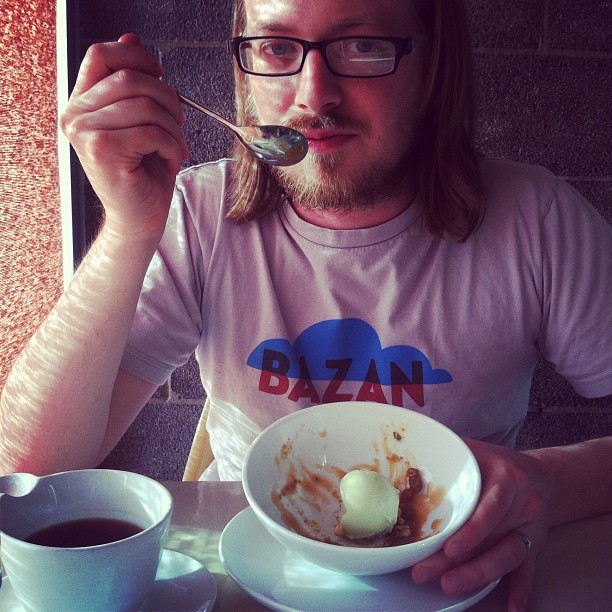 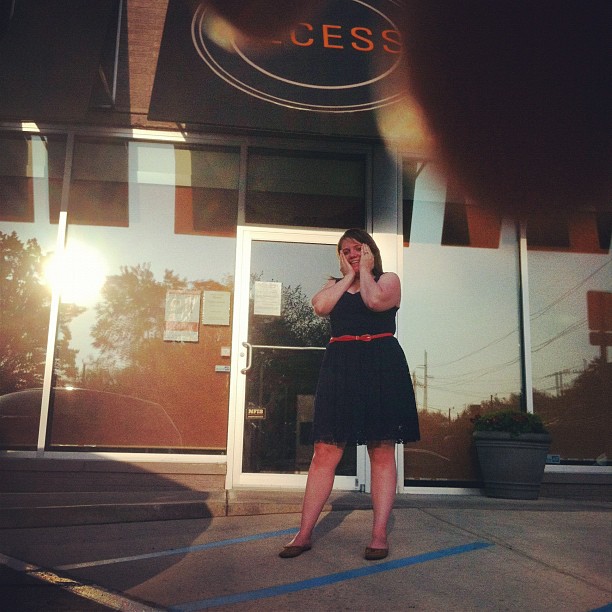