The other day, I played Ryan Adams cover of Taylor Swift's Album 1989.  If you were considering taking a listen, here is Maggie Lu's review of his cover album.

"Taylor Swift uses different voices on each of her songs.  I like to do that, too.  Taylor Swift and I are, really, a lot alike.  That guy uses the same voice on every song which I do not like."

"I bet that if Taylor Swift was looking for a boyfriend, she wouldn't choose him."

Maggie has this exuberant flourish to the way she speaks. She starts every sentence off with, Well...  and throws in words like precisely, exactly, and technically.   We bought a pillow at Frozen on Ice, and she gushed about how it would be the "perfect finishing touch for her bed."  She is a gusher.  Many times a day I am told that "I'm the best Mommy ever" or "D'arcy is the best big sister a girl can have" or "I just love ______".  She adds drama with her hands, head tilts, and eye flutters.

She has a bit of a temper and that tongue full of honey can be quick to lash out, too.  When she can't find a skirt she wants to wear, she'll let me know that if I wasn't so slow to get the laundry done, she would have it in her drawer.  I know where she gets that temper.  In some ways, her temper is easier to deal with than the sad tears that always seem to well up in D'arcy's eyes when she gets mad or upset.

She's back in preschool this year.  Officially, you have to be five by August 1st to go to kindergarten.  I probably could have pushed the point and got her in.  D'arcy, whose birthday is only three days earlier, started kindergarten the year she turned five.  We were living in Texas and the rules were different.  I'm glad to have her home with me and Penelope for one more year.  I'm glad that Schroeder and her won't graduate high school and leave me with a mostly empty nest in back to back years.

When I pick her up from preschool, she and Penelope hug and kiss like they haven't seen each other in weeks.  It's seriously cute.  I think this stems from that gushing she is so prone to.  She didn't get that from me.

Maggie has been voluntarily cleaning lately.  When we have people coming over, she'll rush around and say, "Oh, we just need to get this all picked up.  I want it to look just perfect for them."  I've never ever had a child suggest that we clean before.

She likes this show called Yugioh.  She found it when she was perusing Netflix kids on the iPad.  It's this Japanese anime show.  Stephen says it reminds him of Dragon Ball Z.  Whatever, I don't know.  But, Maggie seriously loves this show and talks about Yugi a lot.

So, she's an anime girl.  Oh, and also, she is the self-proclaimed best dancer in the world.

For her birthday, we invited just a few people over for cake and a pinata.  She got the idea of a pinata from her friend, Charlie.  In an attempt to save some money, I decided to make our own.  I used a balloon, strips of paper, flour and water mixture, paint, and tissue paper.  It turned out pretty well, and held up to two rounds of hitting.  I would definitely make another one.

She asked me to invite a handful of four and five year olds to her party, but also insisted I invite her favorite thirty-something year old friend, Laura, who goes to church with us.  Thanks Laura for being such a lovely friend to her!  Sorry, if she bosses you around and tells you to keep your studio clean!

Maggie got a scooter for her birthday which is a tradition here at the Williams' house.  All new five year olds get initiated into the wild scooter gang. 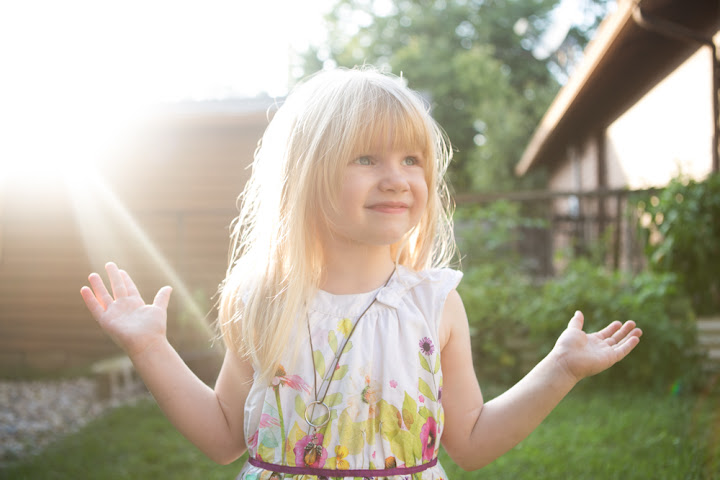 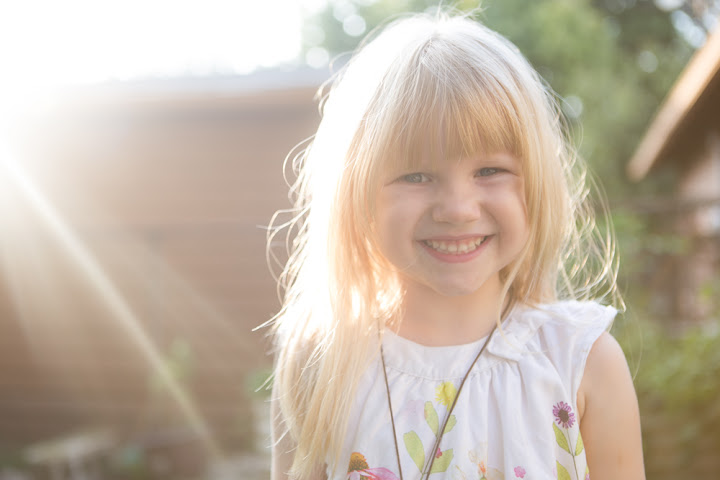 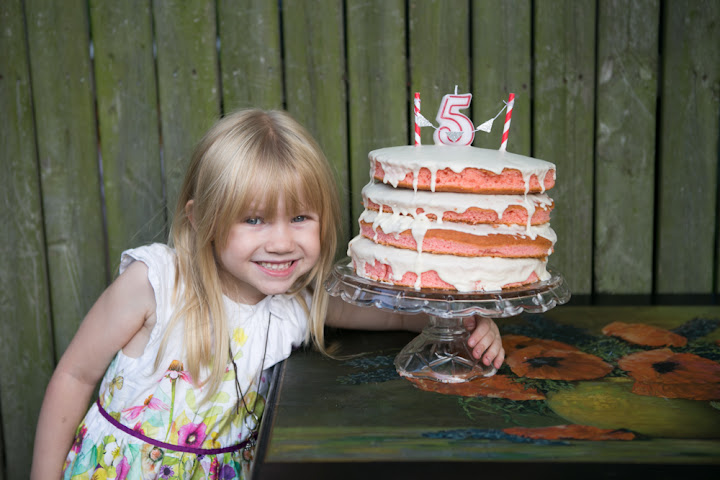 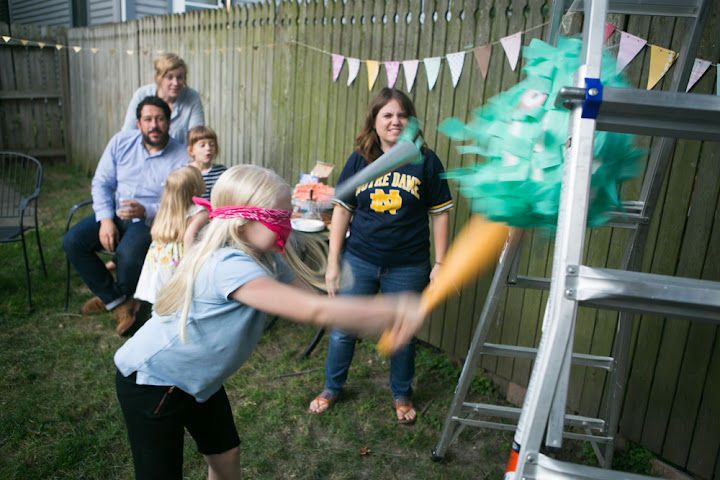 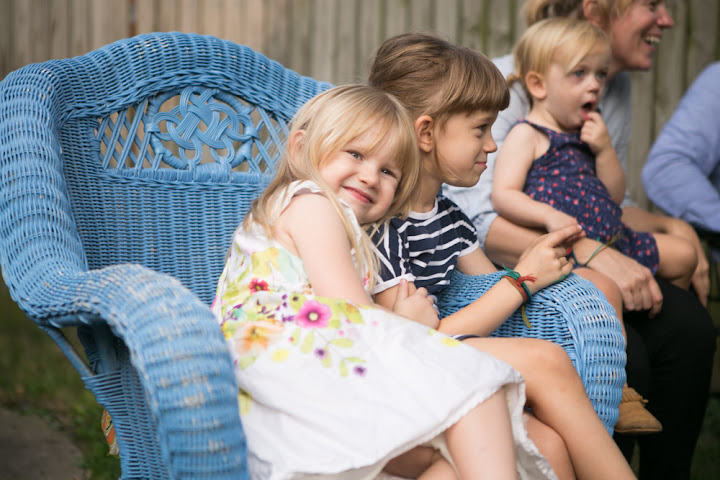 I thought I would start to show, state by state, some of my photos from our roadtrip.  Here we are in South Dakota.  We stopped in Sioux Falls, the Badlands, Mt Rushmore, and Deadwood. 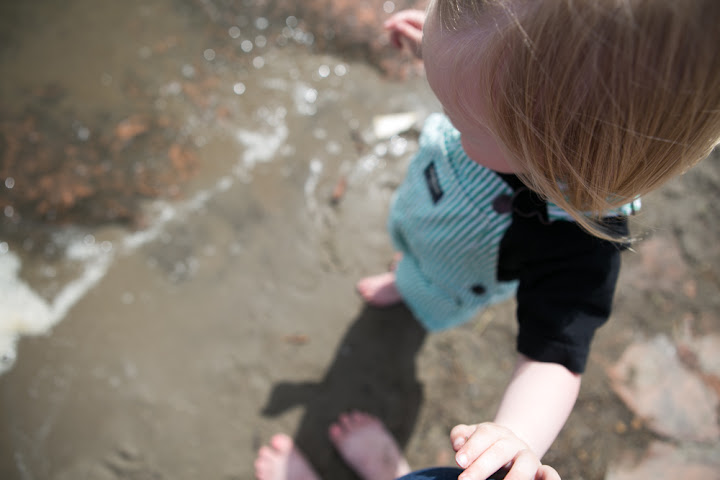 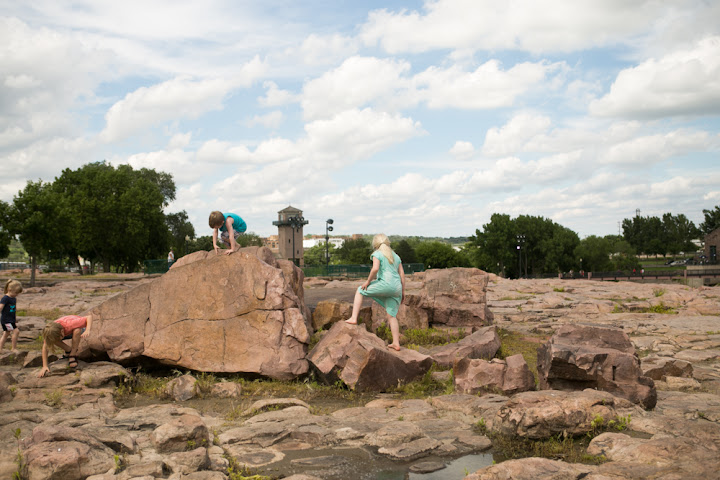 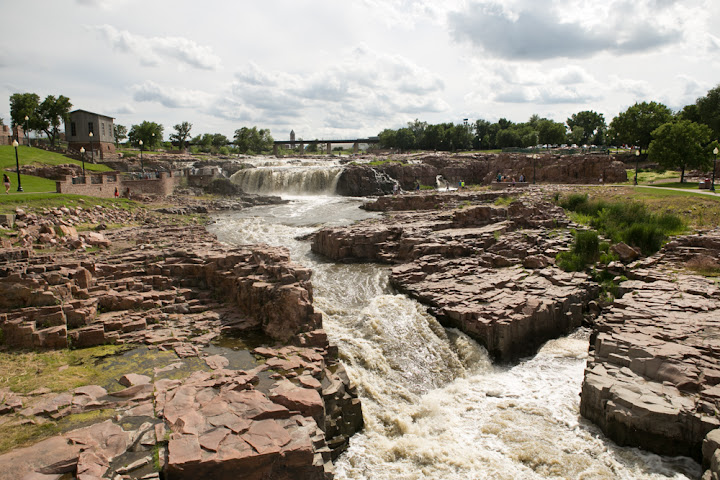 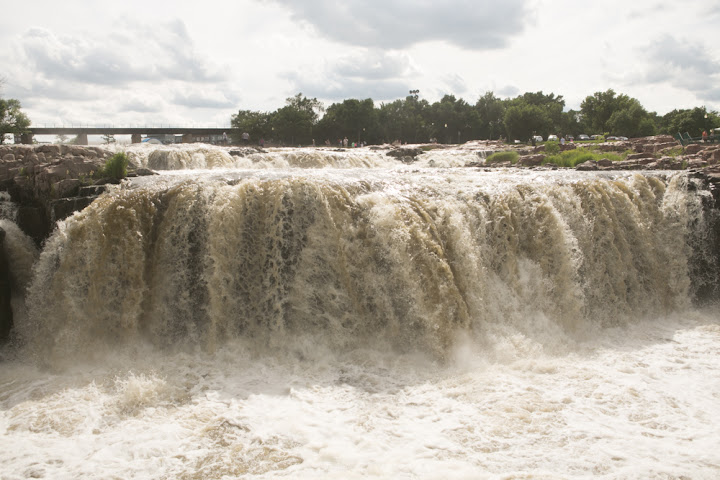 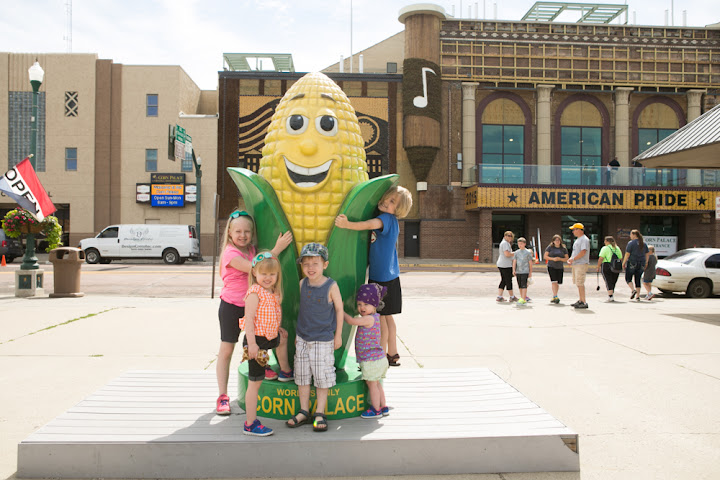 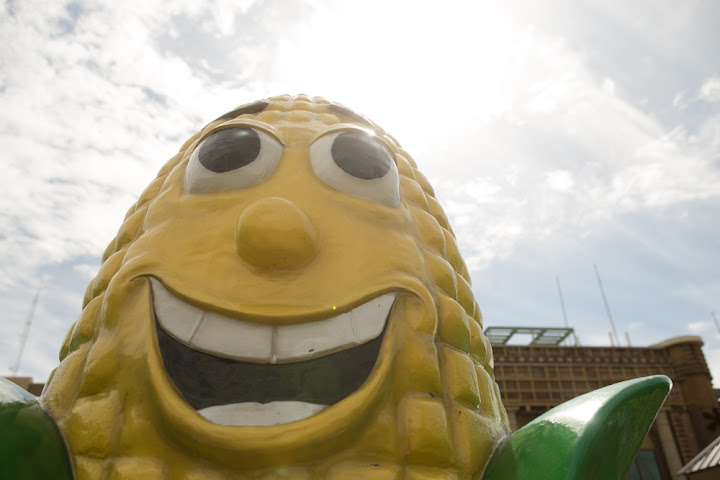 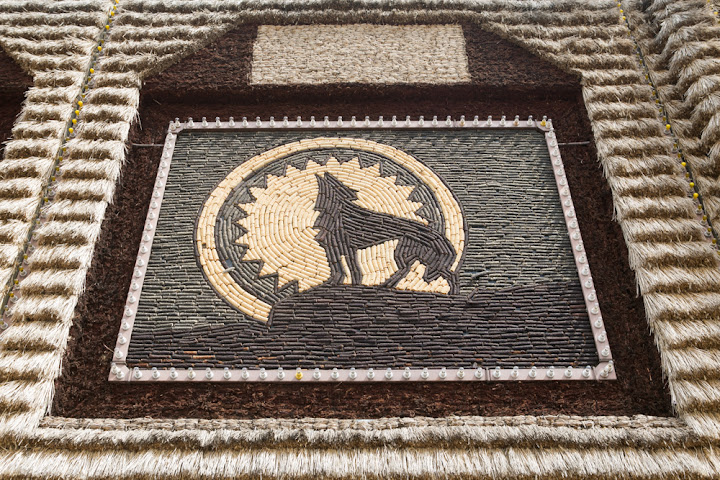 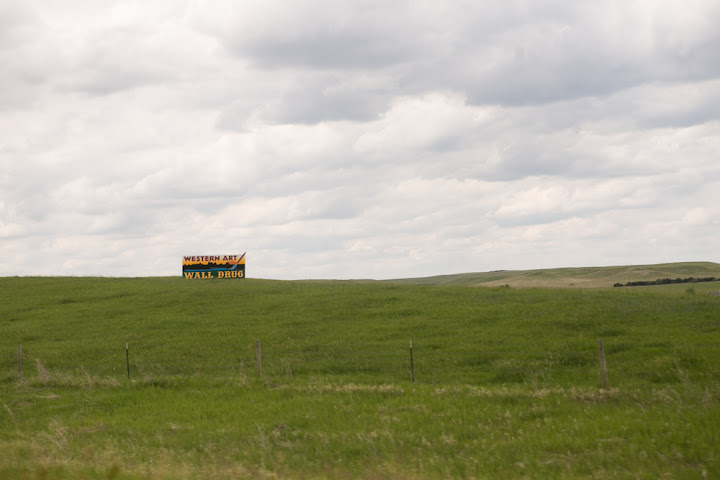 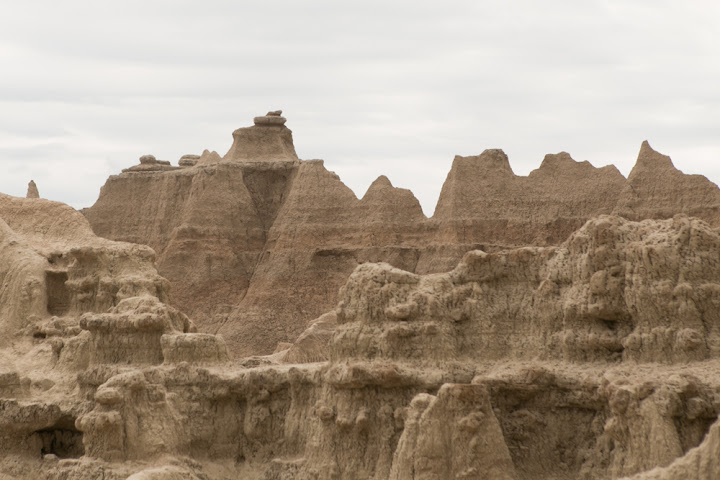 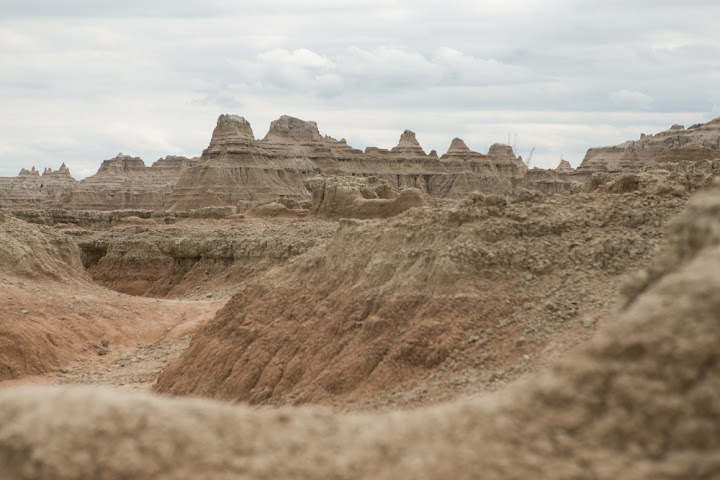 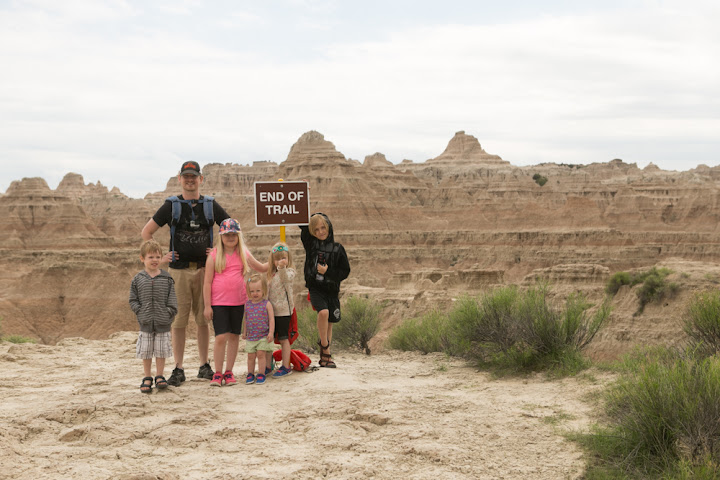 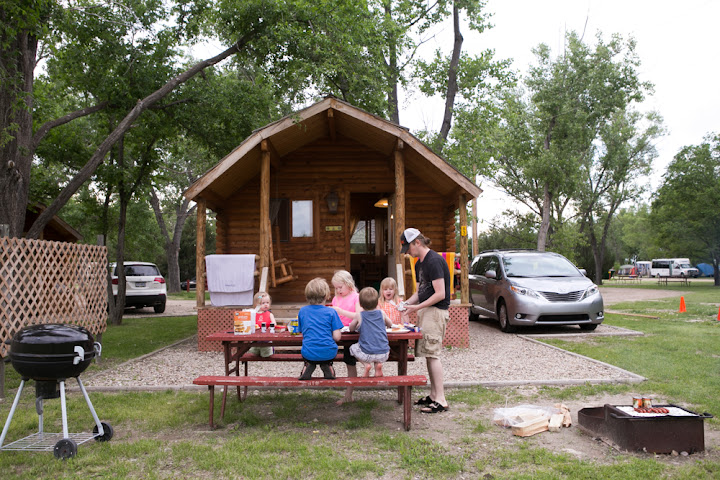 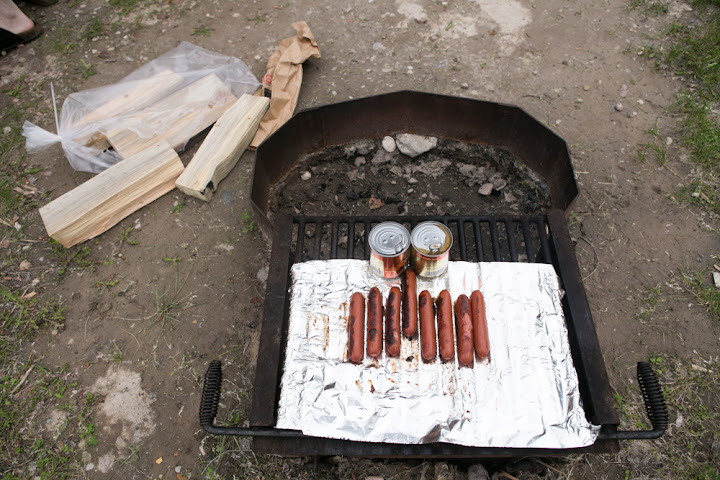 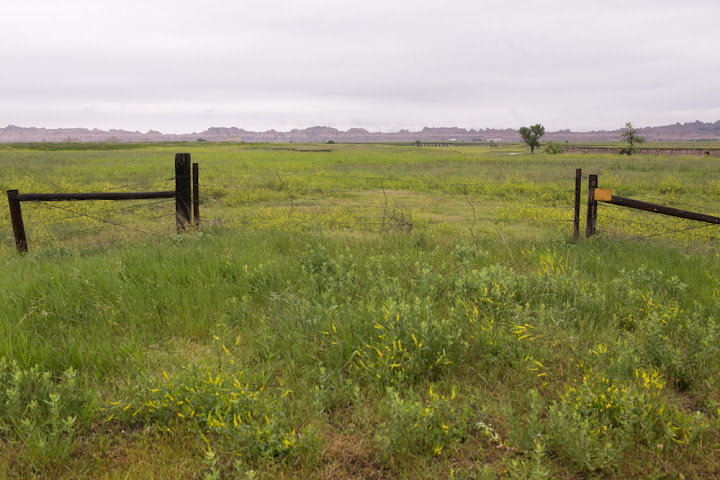 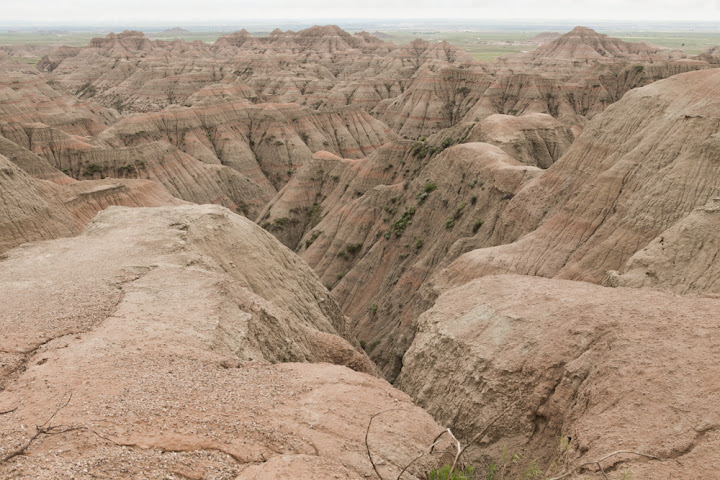 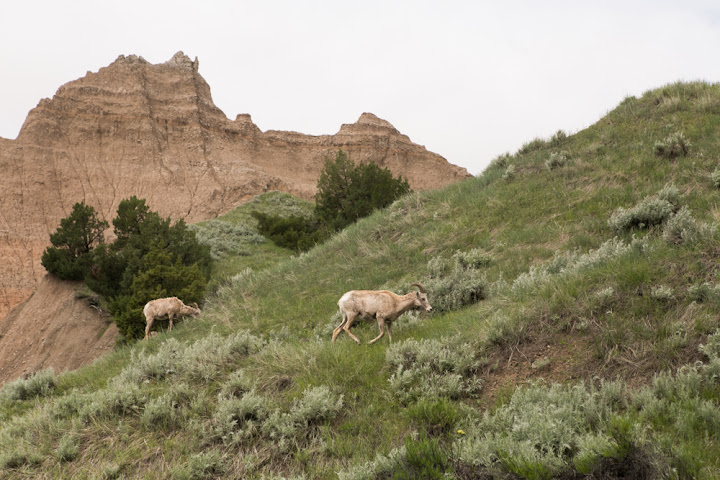 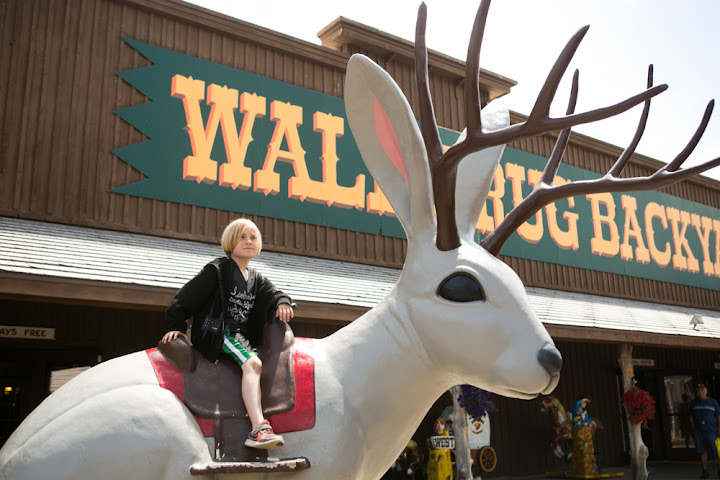 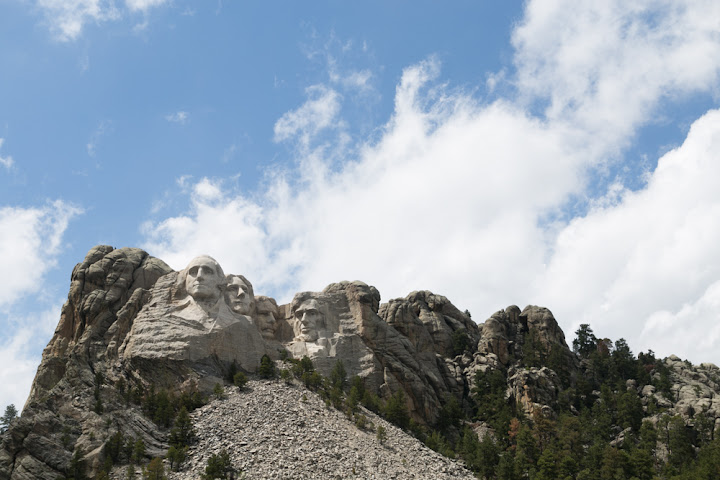 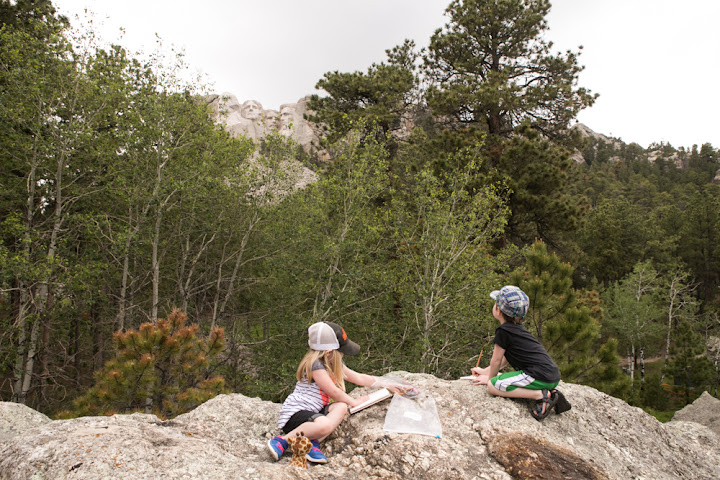 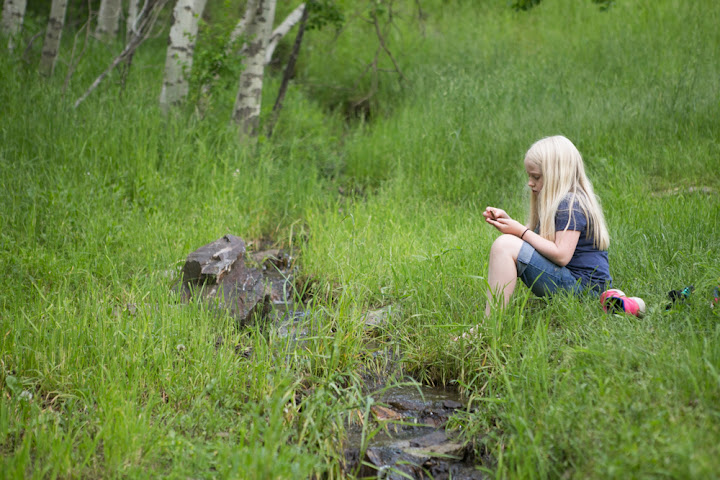 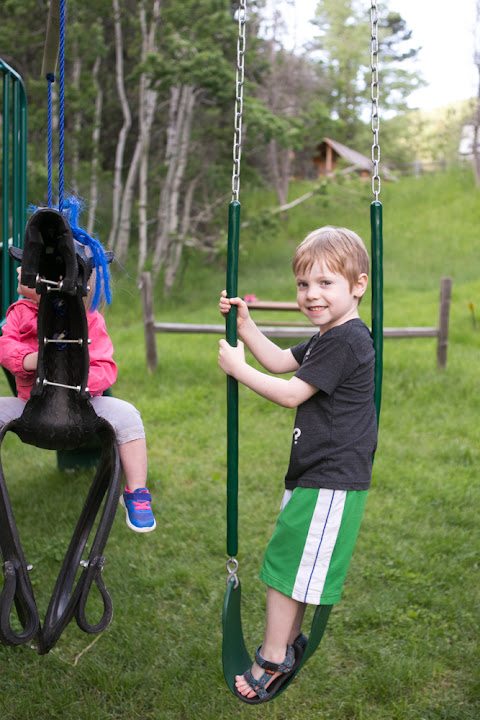 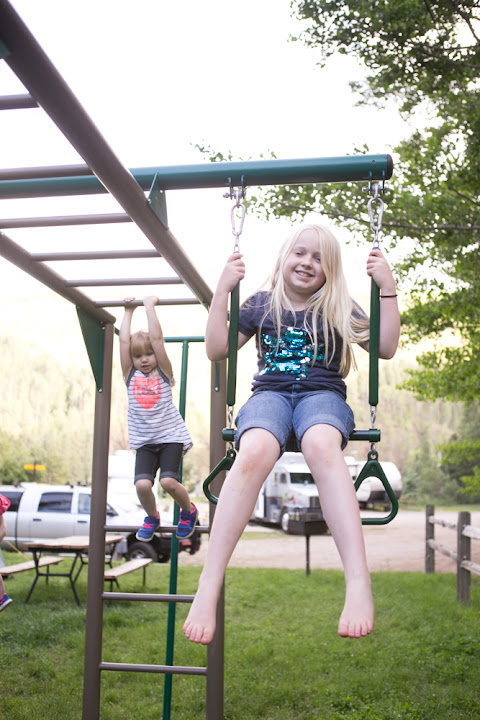 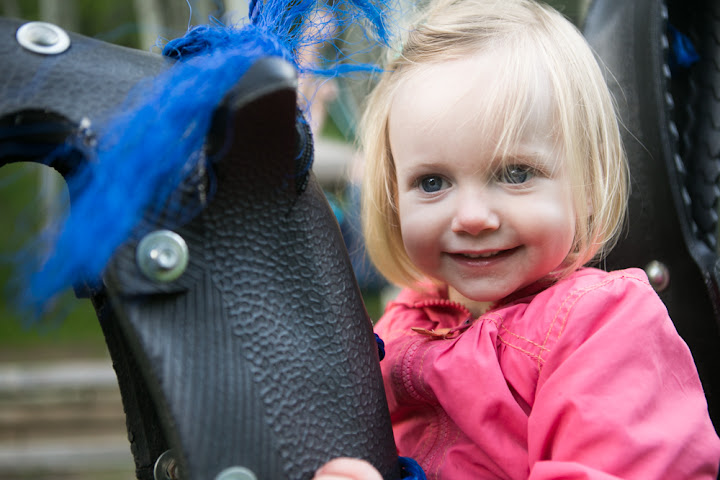 Email ThisBlogThis!Share to TwitterShare to FacebookShare to Pinterest
Labels: Vacation

She is the kind of girl who wants more.  More adventures.  More knowledge.  More great food.  More people.  She's hungry for life, and I know from personal experience the road ahead will include learning to savor, to be content, to be intentional, and to rest.  I'm excited to see her walk and find balance.

Sometime this year, we decided we would take her to Kings Island for her birthday.  Stephen and I haven't been since before she was born, but now D'arcy is tall enough and brave enough to ride most of the roller coasters.  My head didn't handle it well, but D'arcy had a great time riding everything she was tall enough for with Stephen and her Aunt Connie.

D'arcy spent a good part of this past year learning to solve her Rubix Cube.  These days, that means watching a bunch of Youtube videos to learn the algorithms, and then practicing, practicing, practicing to get faster.  She would carry around a paper to record her times.  At the end of last school year, she and her friend, Aria, entered the school talent show to show off their rubix cube skillz.

A ten dollar toy kept her busy for an entire year.  I was wracking my brain for what I could buy her that would entertain and challenge her in a similar way.  I decided on a Ukulele.  She is already playing the piano and trumpet.  I thought the Ukulele would be easy and fun and put her Youtube searching and watching skills to good use.

When the opportunity presents itself, either at our community yard sale of block party, she has started busking.  She'll play Louis Louis on her trumpet hoping someone will drop a dollar into her case.  This year, she can add to her repertoire.

jumping on her trampoline.

growing a bunch of tomato saplings with her fifth grade teacher, and selling them at their year end picnic.

party planning with her friend Mike.  They started a for profit party planning business for all those top priority parties.  The one party they planned had a guacamole contest with a pretty snazzy trophy, a homemade pinata, and bobbing for blueberries (which was pretty disgusting).

During the summer, she woke up many a day and made her own french toast or omelette.  She would cook up a couple pieces of bacon, and grab some basil and tomatoes from our garden to throw in her eggs.  Our other kids are eating cold english muffins.

D'arcy, Maggie, and Penelope share a room.  Unlike other older sibling tyrants I've encountered, she doesn't bug her sister to turn the light off.  Instead, she turns it off herself long before the official "lights out" call and yells at her sisters if the complain or try to turn them back on.  I figured out that she needed the room dark so she could watch Netflix on her iTouch screen.  She hates turning up that screen brightness because it really kills her battery life.

Tonight, I just walked by their room and heard her telling her sister, "Don't ever say I don't love you or I don't like you.  I love you very much.  Just because I'm telling you you're annoying doesn't mean I don't love you."

She started sixth grade this year.  She told me a couple times she was nervous about all the homework she will have.  But, really, it was a feigned nervousness.  I believe it was more of an excitement to take on a new challenge.

Year twelve, she's ready for you. 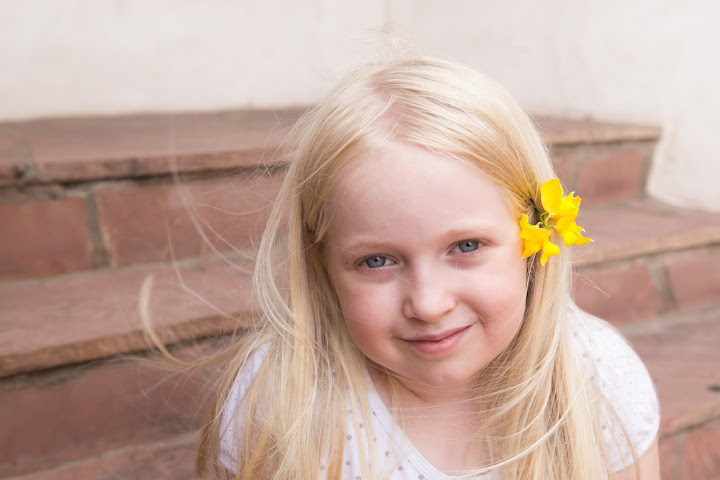