We had a good week.

Last Sunday after church, a friend asked me about my week. I said it was good while I tried to remember what happened. When my memory booted up, I chuckled to myself. Yeah, this week has been good.
We put an offer on a house. My sister had an ultrasound suggesting both babies were growing well. My brother received his referral from Ethiopia.
Do you ever fret and worry about something? Then it happens as you hoped it would. The celebration lasts two minutes and then you are on to thinking about the next step? That's why I couldn't remember what had happened only six or seven days ago. I had long since moved on from the "Whopee!" moment into the "What's next?" moment. I should spend more time in "Whopee!"
We put an offer on a 3000 square foot, 100 year old, 2 story house downtown. It has a parlor. It has built in bookcases. It has ceilings a million feet high. We went looking with our realtor, Tad, on Friday. We looked at three homes. Stephen and I both found a home we liked, but they weren't the same. I was frustrated because I thought we would be on the same page, but we weren't. We had a little house pow wow on Friday night. I saw his point of view. He saw mine. We looked at the other options on Realtor.com and knew that this home would most likely work for both of us. It did. It's in short sale, though. For those of you who don't speak realtor, it means that the house is on the verge of being foreclosed on so the bank needs to agree to the sale. Banks are slow. So we are waiting. Who wants to move when its four degrees out anyway?
My brother received a referral for a two month old little boy named Rogi. Everyone's reaction to his name is, "AWWWW..." Rogi is Ethiopian. They decided that he will be further named Rogi James Clark. RJ is an acceptable nickname. In due time, I'll share his sweet face, but won't be able until Rogi is legally Kyle and Emily's child. Here's something that tickles me. Kyle has never flown. His first trip on an airplane will be to Africa. They'll go in April(ish) to appear in court. Then Emily will go again in the summer to bring Rogi home. I'm getting my passport and shots in order just in case I get to go, too. I have a couple other commitments that could conflict. We'll just have to wait and see.
Rogi might be coming home around the same time that my sister brings home her twins who are now fourteen weeks old. My sister may or may not have lots of purple in her near future. The ultrasound tech said that her early estimate is GIRLS!
Whopee!
No comments:

I like Joy Crampton. I met her six years ago in San Antonio. Our relationship built slowly, but it's thick now. Thick because we have a lot of common interests; photography, service to church, home birthing. And thick because we've been through life together. She has seen me give birth etc, etc, etc. I've been around to see her change jobs, lead people in life changing prayer, etc, etc, etc.


I like taking pictures. I obviously take a lot of pictures of LIFE. You know... babies, marriages, hugs, but I like to photograph other things as well. I just don't have anyone saying, "Melissa, be on a back road Saturday morning at 10 to photograph some white tombstones." So I end up laying in bed at 10am on Saturday.


Joy proposed that we take on a project. We each take a photo every month centered around a theme. She was inspired by these gals, Ketti + Julia | Familiar. We agreed the themes would be colors. January is white. Awesome. So now I get to interact with my friend and I have a reason to take awesome artistic photos!


Are you excited yet? Well, here are our two representations of the color white. Mine is on the left. Joy's is on the right.

What will next month's color be?
No comments:

I'm getting bogged down in the details. Black and White or Color? Soft color or bright pop? I could fiddle forever. Instead, I'll put these shots up here for you to enjoy and put a little commentary in between. Here is sweet Faith and itty bitty Hannah. They are the offspring of some friends of mine. Hannah is only a couple of days younger than Maggie Lu, and I kept comparing her to my little one. Does she weigh more or less? Am I feeding Maggie Lu enough? Silliness. 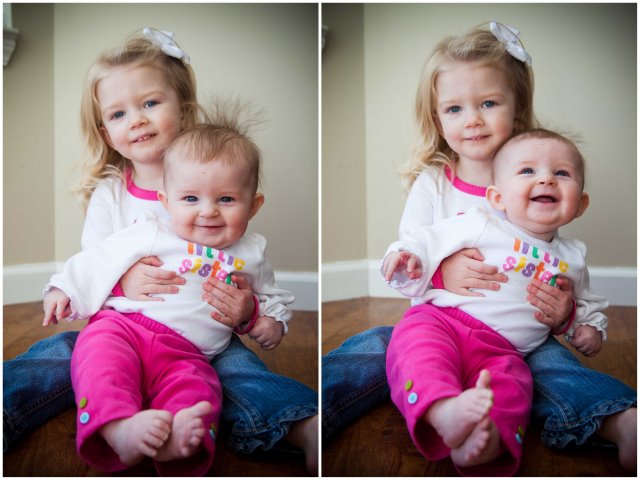 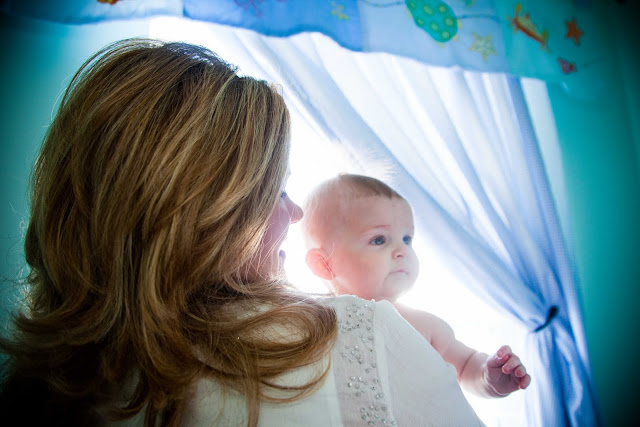 Probably my favorite of the day. Love the relationship between Mommy and daughter, and I love how Hannah is exploring with her eyes and hands. They just grow up so fast. Sigh. 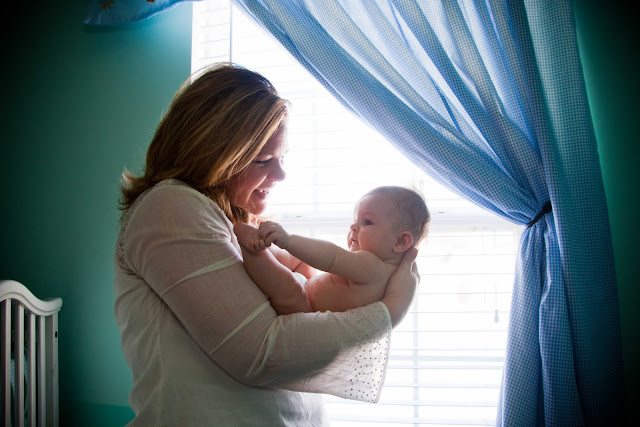 Ken can make your closet awesome, by the way. http://www.closetconnectionin.com/ You did say you were going to get organized in 2011! 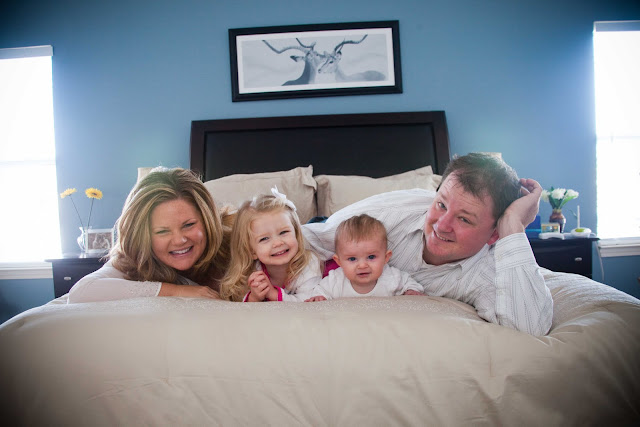 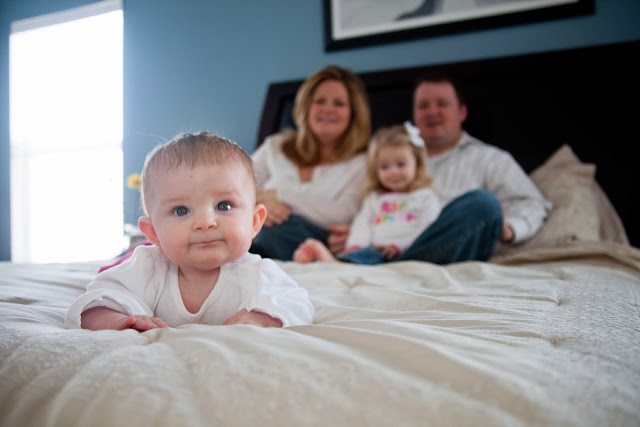 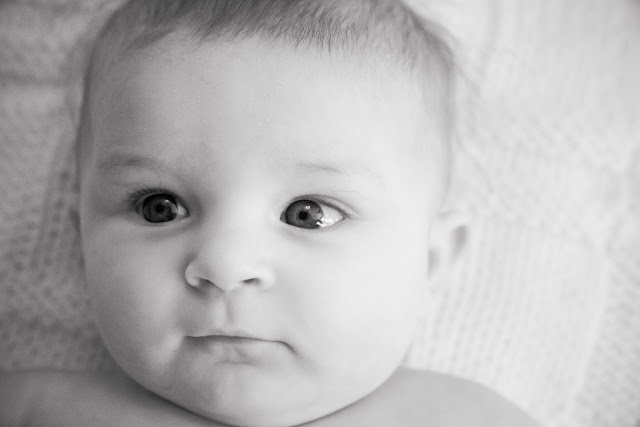 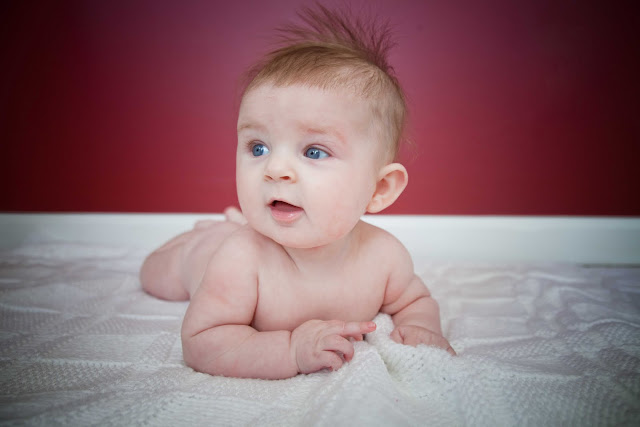 Her hairstyle is intentional. It's called the Kramer, but only a few select can pull it off. 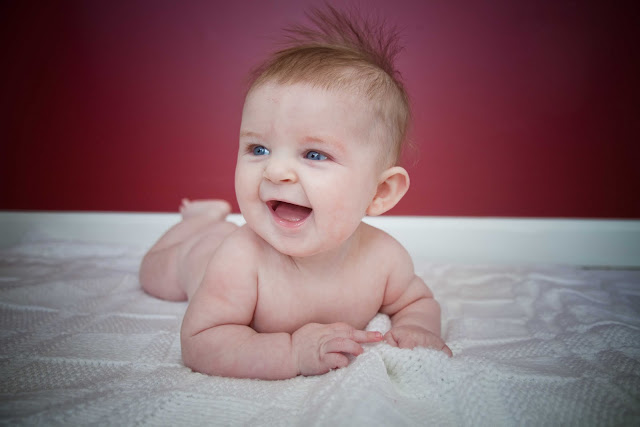 Leaving you with a shot from Christmastime :). 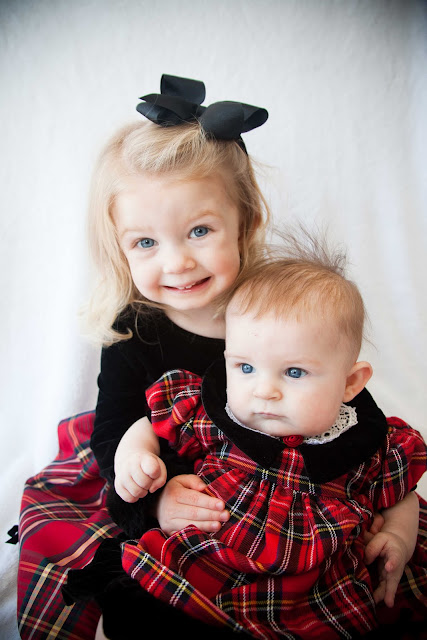 First photo session of 2011! I have Maggie Lu in my lap and Schroeder hanging off my back playing peek-a-boo. Julian is in the room watching Lord of the Beans. All that to say...I'll let the pictures speak for themselves. 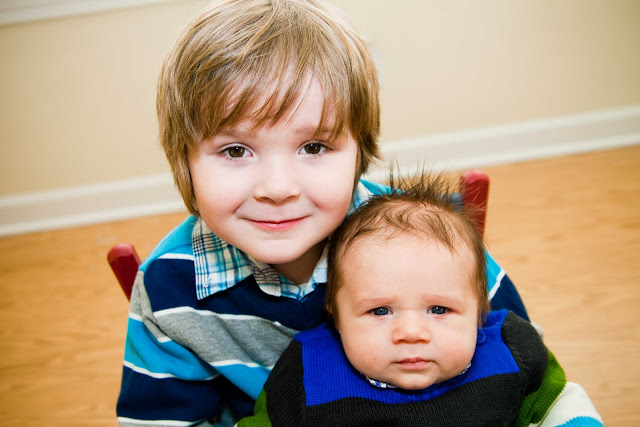 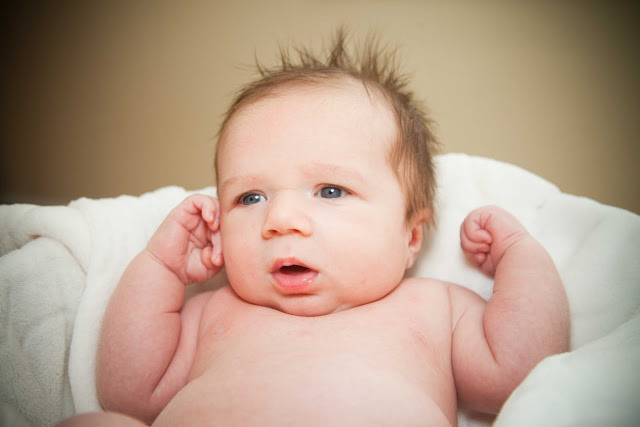 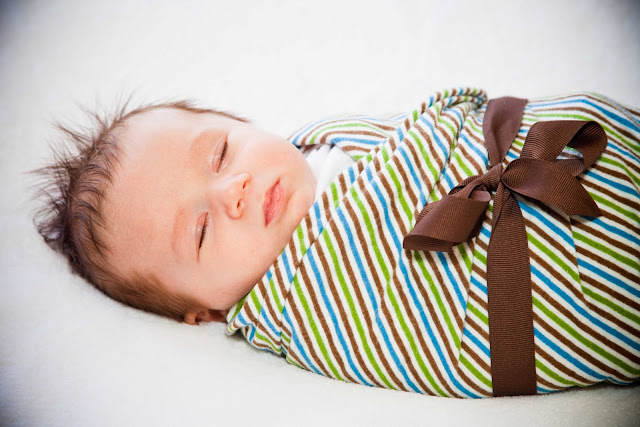 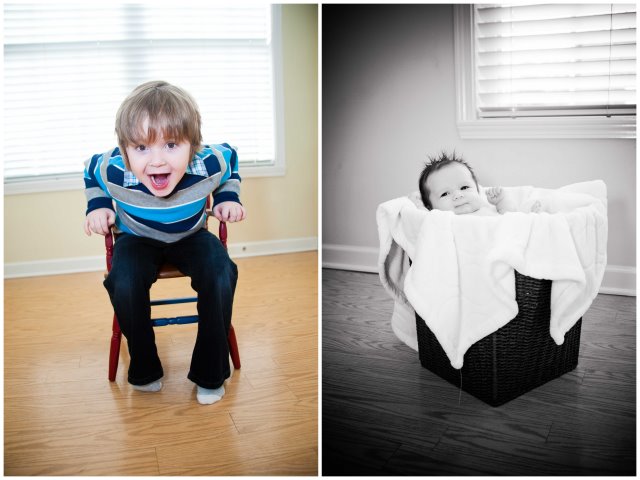 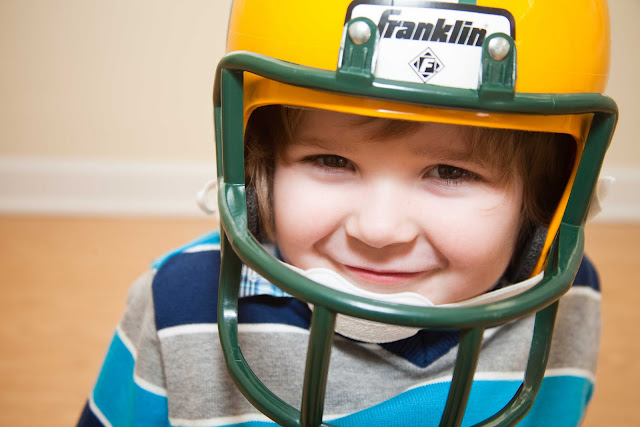 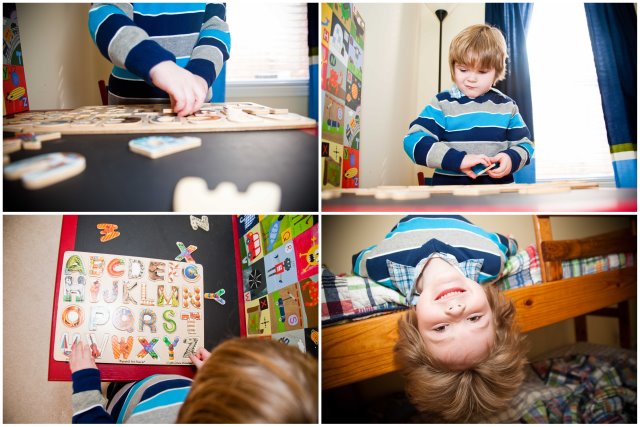 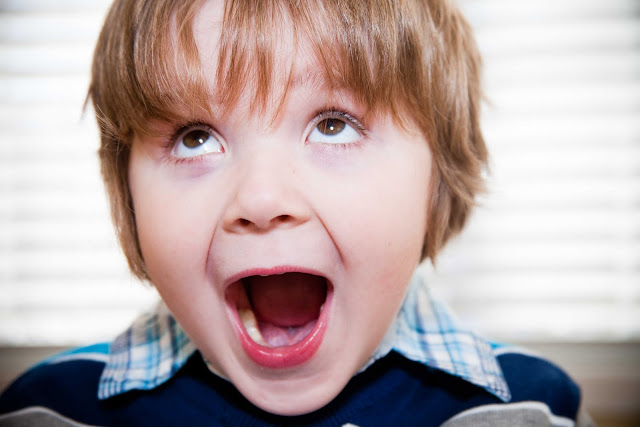 I've come to love January. It gives me what most other months steal, time. No one wants their photos taken in January. Everyone is partied and get-togethered out. A day that seems boring in August, feels restful and refreshing in January.

I don't embrace the idea of New Year's Resolutions. I get that people like making a fresh start and that a new calendar year makes that fresh start seem more concrete in their minds. But there were reasons people did what they did in 2010. Bad habits, addictions, and wrong ways of thinking are not eradicated by a resolution but instead by truth and self-discipline. Truth must be sought after and self-discipline must be learned and practiced. Most peoples resolutions fail because while their intentions are good they don't have the tools to make their resolutions stick.

In San Antonio, our church typically did some sort of fast beginning in January. During a fast, something must be given up and replaced by prayer and reflection. Maybe fasting might help people both create valid resolutions and stick to them. I decided that I wouldn't purchase anything unnecessary until the end of February. That means no clothes, extra makeup, home decorations, movies, books, games, pictures, camera equipment, baby items, etc. I've been spending money clothing our family for winter, a season we really haven't experienced for six years. I've also been spending for Christmas and my business. I wasn't out of control. I just thought it would be good to reflect on what it means to live simply and what it means to need something. I've found myself telling several people this decision. I hope I didn't come across as self righteous. I guess I just want to share what I'm processing both spiritually and practically.

A couple of my friends have suggested selecting one word that they would spend the year considering and focusing on. Words like prioritizing, simplifying, and listening were thrown out there. A friend of my sisters said hers would be peace. If I made New Year's Resolutions, one would be that I speak kinder and yell less to my kids. Maybe if I reflect and prayerfully consider peace in 2011, I'll be inspired daily to live out this resolution.

Can a house with four kids six and under be peaceful?

And what about peace beyond the limits of our immediate family. What does it look like between people who are of different opinions or different values. Maybe the Prince of Peace will give me the inside scoop.

I thought peace tied into my shopping fast. I guess financial peace came to mind. I think we have financial peace already, but I'm open to new revelations on this front as well. Although, I will not be reading any Dave Ramsey books this month. I already have a book I need to finish. A book I agreed to read in August that I feel like I haven't had time for, but now... January is here.
No comments:

Those of you who read my blog heard about my sister's pregnancy that ended sadly in March. We are excited that she is pregnant again. Follow my photo documentary of her pregnancy here. http://amoxleybaby.blogspot.com/
1 comment: