The conclusion of Schroeder's birthday posts

It happened by accident. I asked Stephen's mom to make reservations for a trip to Chicago with our two older kids sometime during the two week spring break. I told her it didn't really matter what days. She made the reservations, and sometime about a month ago, I realized that we would be gone over Schroeder's birthday. Whoops! I thought about bringing him along on our trip, but that would have really defeated the point. Thankfully, Schroeder is still learning what it means to have a birthday. He's getting a lot of help from his brother and sister. He now knows that he gets a cake, presents, and quite a bit of attention. He hasn't grasped that this is supposed to be given on a specific date so the 26th worked just as well for him as the 27th. It's his fault, really. I would have been happy to have had him on the 17th, 18th, 19th (you get the picture), but he waited until the 27th to make his appearance.
Schroeder is a sweet, independent, slightly mischievous little guy. The sweet is demonstrated when I get him dressed. He'll be leaning on my shoulders as I help him put his pants on. Without me saying anything, he would always say, "I love you too, Mommy." That has to be one of my favorite memories of him from this year. The independent and mischievous side comes out when he heads downstairs in the morning ahead of me and Stephen, scoots a chair over to the freezer, and makes himself a little breakfast of a Popsicle (or two). He loves Buzz, Woody, & Jesse, playing with the ipad (thankful for our fun cover), running in circles around our house with his siblings, climbing on Brandon and company at church, listening to music in the car (he always asks me, "What's this song?"), taking trips with Daddy around the neighborhood, climbing into bed with me in the middle of the night, sneaking into his brother's room to play with his LEGOs, macaroni and cheese, wearing pajamas, sleeping in D'arcy and Julian's room, making messes and punching. Even saying the word punch is fun for him. He throws it in at the end of a sentence just to make himself laugh. "I'm eating cheese. PUNCH! Ha ha ha." Just as a disclaimer, I don't condone punching to cause harm or out of anger, but we do allow some good natured wrestling in the house. I love seeing his relationship develop with Maggie. She walks around and imitates him all morning while the other two are in school and that amuses him a great deal. I still have another year for the two of them to be my "babies" before we send him off to preschool. I hope to savor it. 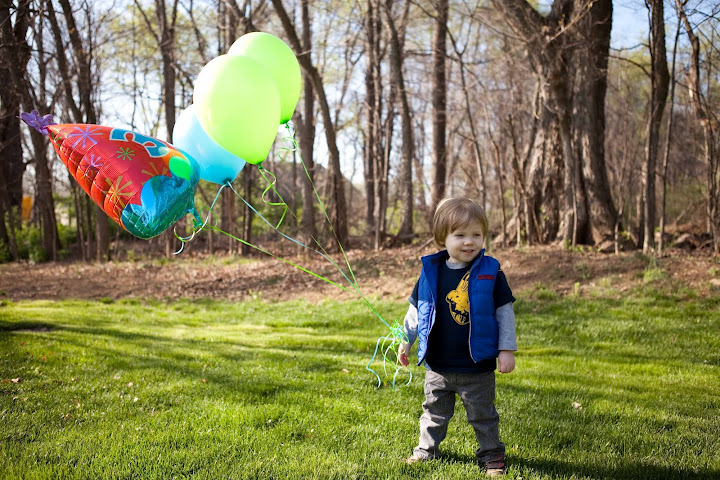 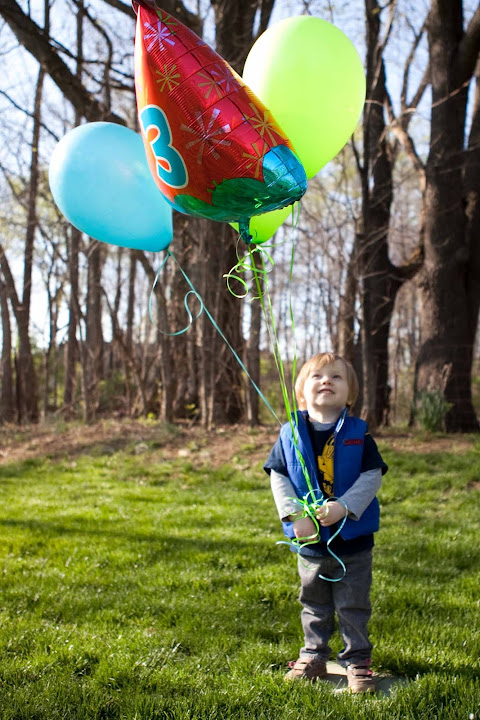 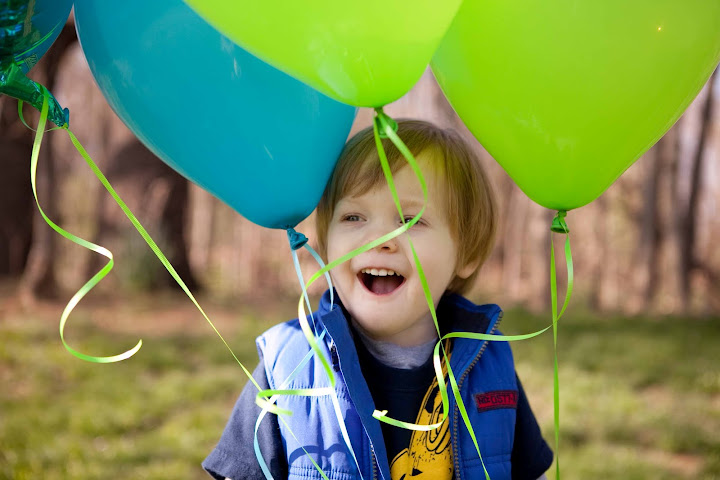 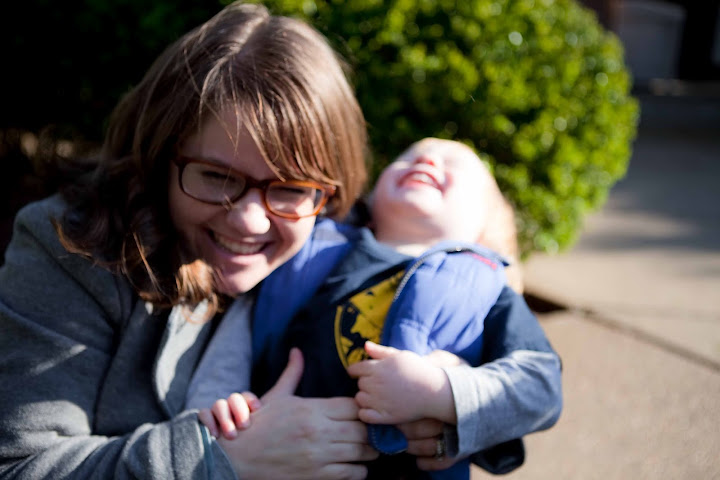 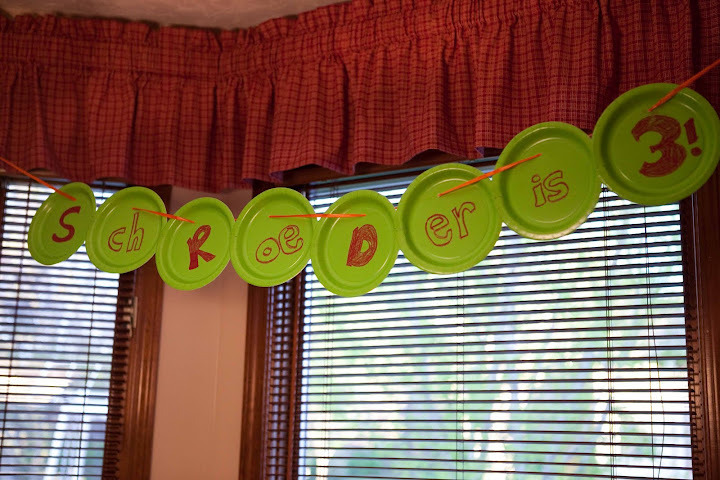 This is what he was doing WHILE we were singing.  I think we need to clarify this tradition for him. 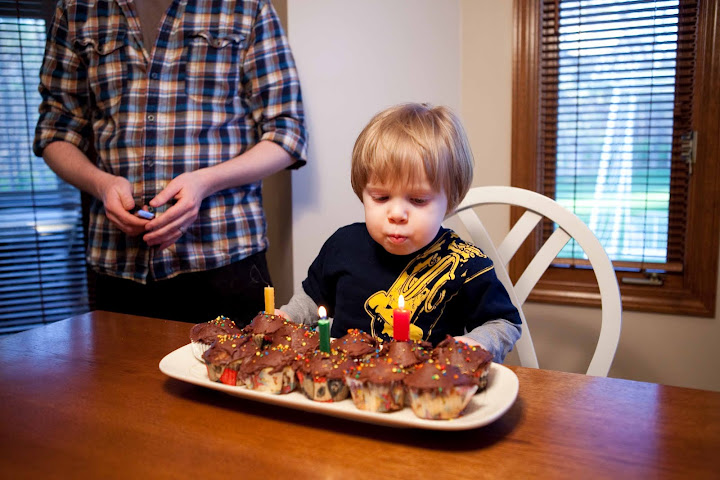 He was super tickled that everyone was singing to him. 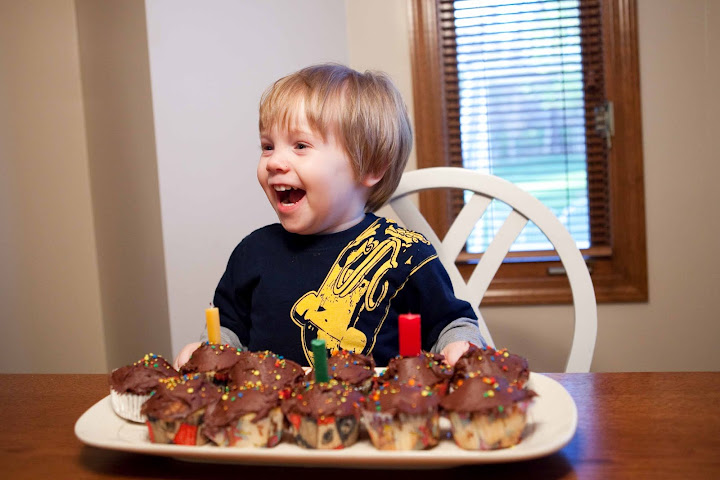