Julian started kindergarten this morning. A couple of people have asked if I cried. I may have gotten a bit teary eyed when we went to meet his teacher last week, but I didn't cry this morning. Truthfully, it's about time. That boy is turning six in under two months. He's ready, and I'm ready for him to spend his days learning. I'm enjoying watching him grow, and I'm excited for him. I always really liked school, and I hope he will, too.
Both of them woke up when their alarm went off at seven. I should have been proud, but I told them to go back to bed for thirty minutes so I could get a few more minutes of sleep. HA! I had made their lunches last night, and their clothes and backpacks were layed out. I had earned a few more minutes in bed.
Julian came into my bathroom and said, "Mom, that looks like a really nice lunch."
We worked on tucking in his shirt and buckling and unbuckling his belt. These are new skills for him, but are part of the uniform requirements.
D'arcy was cool, calm, collected, and ready. She looked so stinking cute in her little oxford shoes and purple socks. It's harder for me to send her to third grade then to send Julian to kindergarten. THIRD GRADE!
We stopped by Dunkin Donuts for some sprinkle donuts. Maggie even told the cashier that she wanted a "Sprinkle Donut!" She has decided she is no longer a baby and proves it by speaking English.
We dropped the kids off at school. In the future, they'll ride the bus. I wanted to get a picture of them, though. Julian did not cry, but he sure didn't smile. I had visions of him looking so cute in his little uniform, but between his scowl and that LONG hair, I'm not sure what I got. I guess a little bit of the real Julian.
He warmed up a bit when he got in the classroom, and he proudly colored his name. Now I'm home with just my babies who seem so easy to handle. I have dreams of getting so much accomplished.... 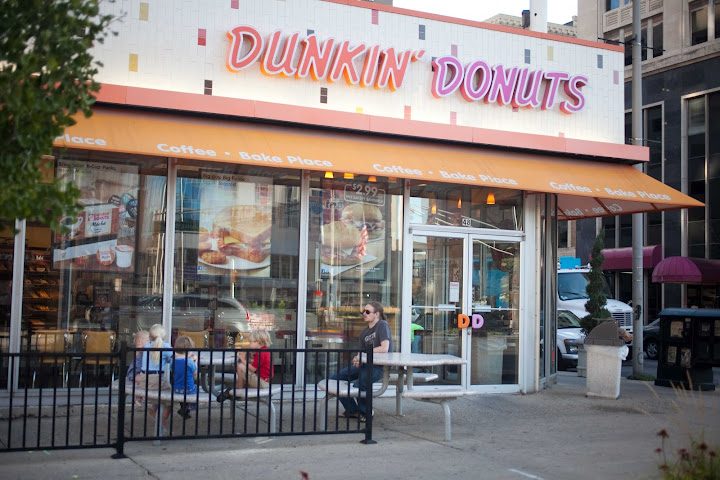 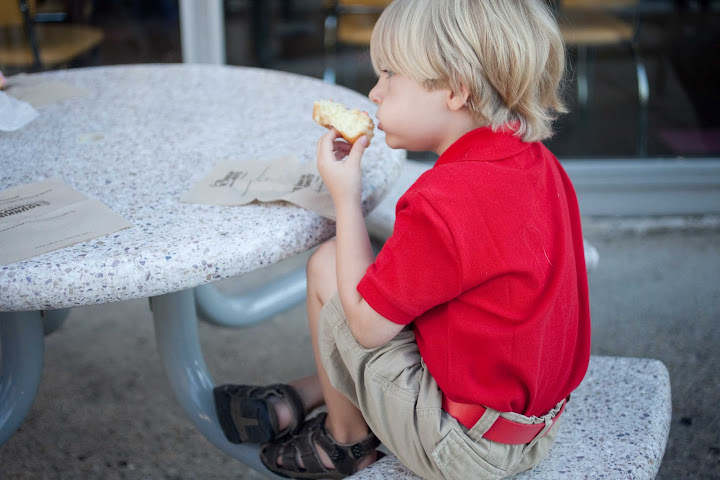 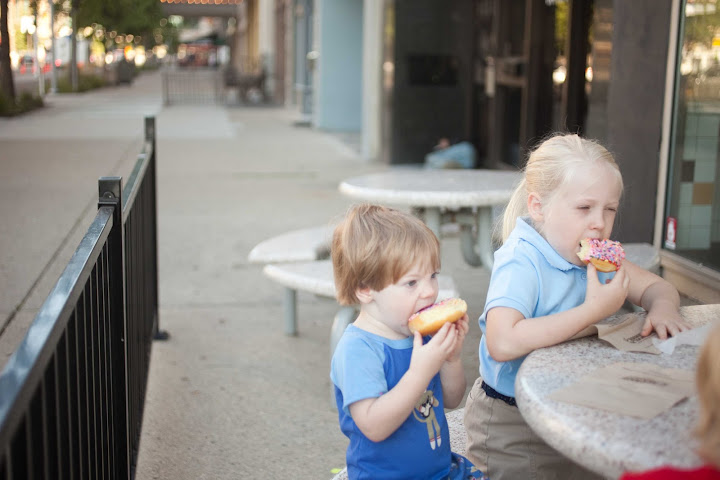 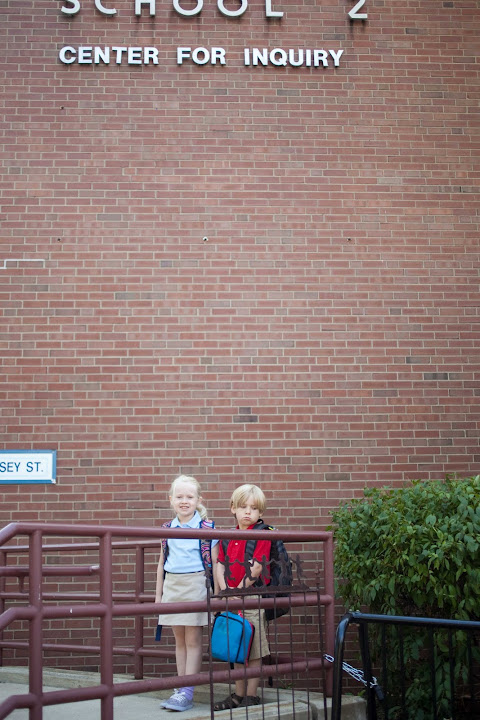 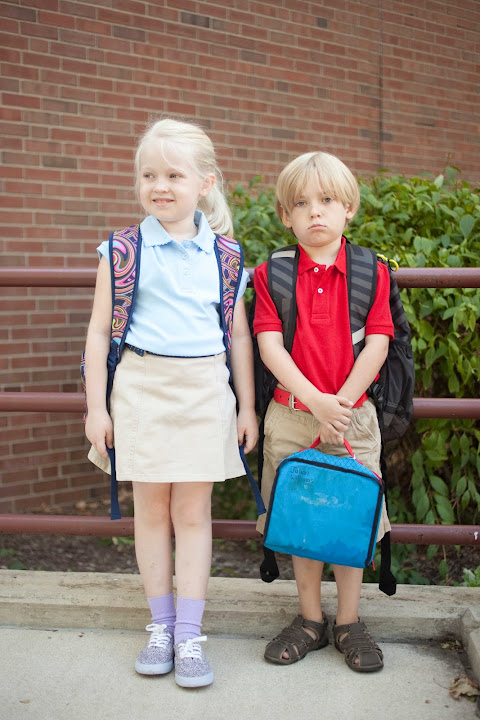 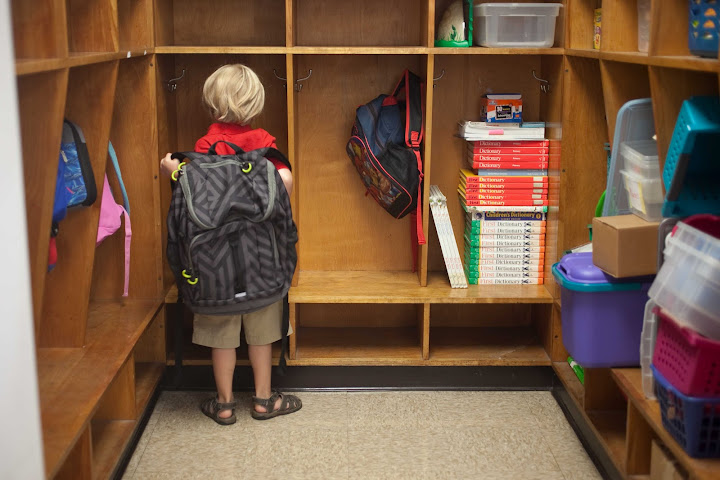 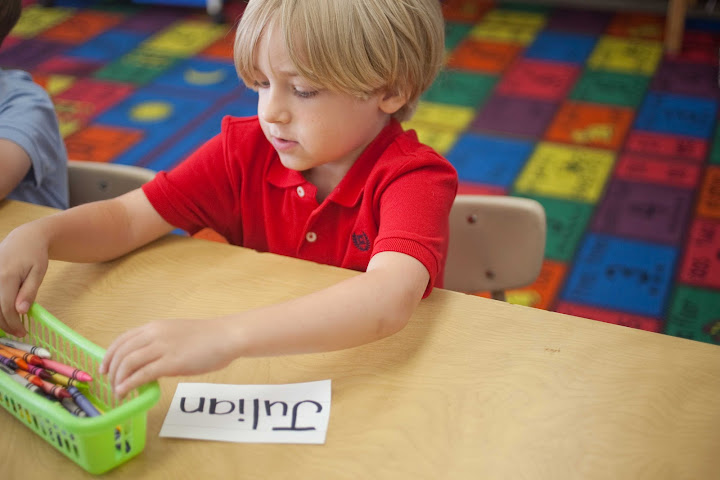 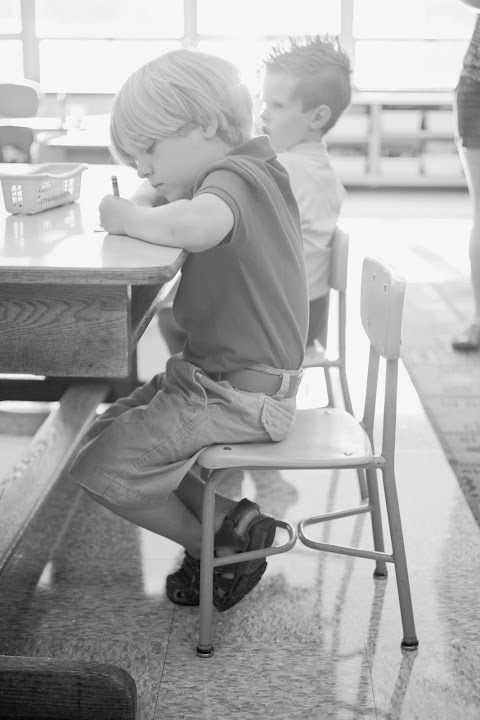 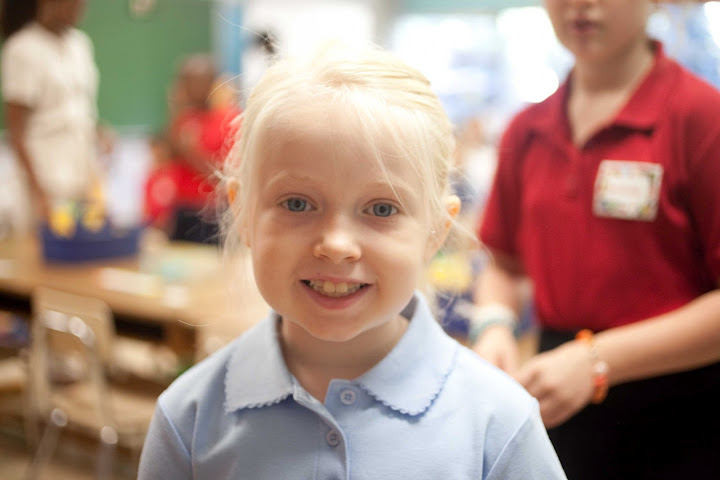 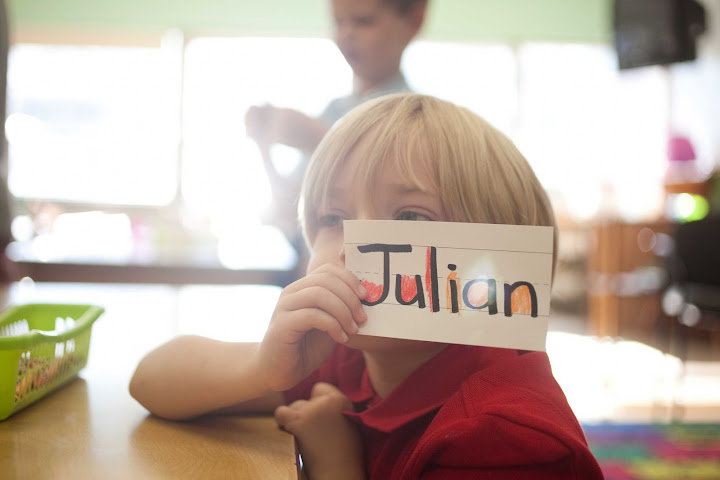