We have steep stairs.

Stephen left for San Francisco this morning to attend a conference. His plane took off at 5:50 so we had to get him to the airport at a ridiculously early hour. I nursed the baby, got dressed, and began waking kids up and carrying them downstairs. After many trips up and down the stairs you realize you have a lot of kids. They sat in the dark in a bunch on the rug in our front room.  They were all rubbing their eyes and putting on shoes like drunk people. Julian had on crocs. Schroeder had on snow boots. D'arcy slipped her rain boots on over her footie pajamas. Anything that pulled on and didn't have to be tied was fair game.
I should have been grouchy and annoyed that I was doing all this at four in the morning, losing precious hours of sleep before I begin the four day task of single parenting. Instead, I was taking in the sight of the groggy and still very young mass of humanity we created. I'm savoring these little years or at least I was at four o'clock this morning. 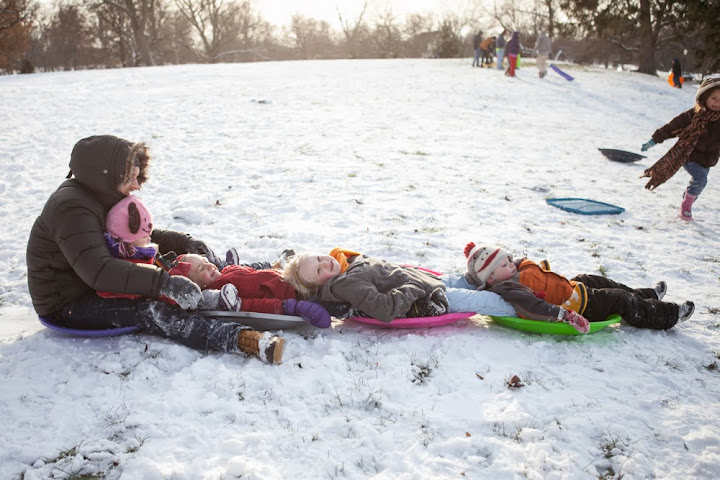