Schroeder is nearly six months old. As expected, he is managing to grow fast and furious. He's still a squishy, little guy, though, especially compared to his enormous and heavy siblings. Over the last couple of months he's tried oatmeal cereal (8.10.2009)and vegetables (green beans 9.12.2009), has successfully learned to army crawl and sit up (beginning of September), has mastered his Johnny Jumper, and can grab all sorts of things including his pacifier which he can plop out and back in with ease. I thought his first tooth had come through. I know I saw the tip top of it, but now it's hiding again. Oh, and I didn't mention, that we dedicated Schroeder to the Lord on September 13th while my parents were in town. No pictures of that, though, because I neglected to bring my camera.

I'm a little concerned about if he's getting enough to eat. I'm still nursing him, but it's always hard to gauge how much he's getting. It's not like the first few months when I know he's getting enough because I can feel every ounce. I spent several minutes this morning comparing him with pictures of his sister and brother when they were babies. He's fitting in 6-9 months clothes, though, so I guess I shouldn't be too concerned. We go to the doctor early next month so we'll get to see what percentile he's in. He's also suffering through some allergic reactions particularly on his face and head. It could be related to the oatmeal cereal or to contact with his sheets and car seat. He has his sister's skin for sure, fair, fair, fair.

Here's a few pictures of our little (kind of red headed) little guy. 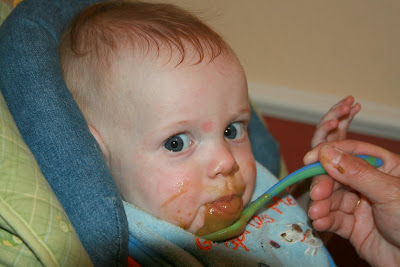 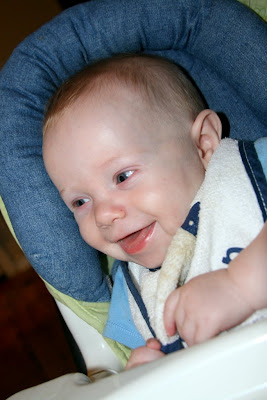 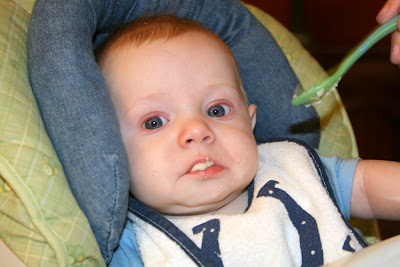 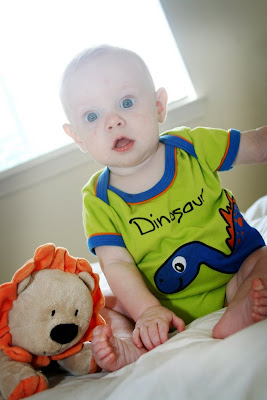 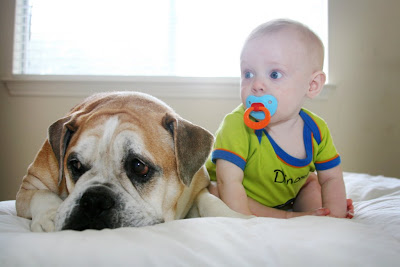 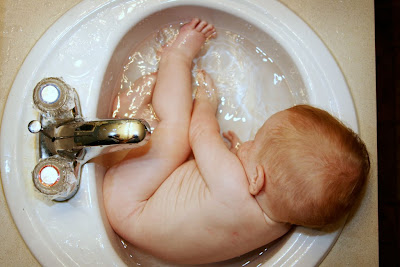 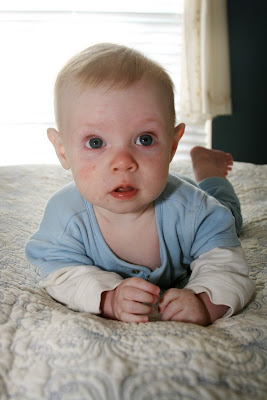 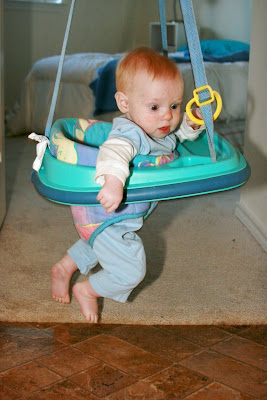 Email ThisBlogThis!Share to TwitterShare to FacebookShare to Pinterest
Labels: Milestones