A Birthday Party for D'arcy doo and Ju Ju too

D'arcy and Julian have birthdays just five weeks apart. D'arcy turned five on August 25th and Julian turns three on October 7th so we had a party for both of them on September 13th. I had to explain the concept of having a joint party to the kids a couple of times, but eventually they got it and became very excited. We invited all sorts of people, but the best guests of all were D'arcy and Julian's grandma and grandpa who flew from Indiana to be with us. We had a burrito bar, lots of cupcakes, a pinata, loads of presents, and s'mores roasted over a nice fire in our fire pit.

Neither of our kids had ever had a pinata for their birthday which, in Texas, is just sinful. After I picked D'arcy up from school on the day I bought it, I told her to go into the laundry room to see what was in there. She ran in there and I heard a scream of excitement.

Some of my favorite moments of the day include Julian playing with his new T-ball set and telling me "Mom, I based that ball!" which is his interpretation of the term baseball. It was also the first Sunday for football, and Julian told his grandpa, "Grandpa, stop watching that flipball!" I also enjoyed seeing D'arcy ride her scooter. She bought it with the money GG and grandma sent her for her birthday, and she has been very diligent in practicing her scooter skills. She rides it to and from school, and many times asks to go out and ride after school. Even after several hard falls, she has gotten back up and continued to practice. She has worn out the toes of her favorite shoes which were used as a scooter break.

Here are some pictures from our fun day. 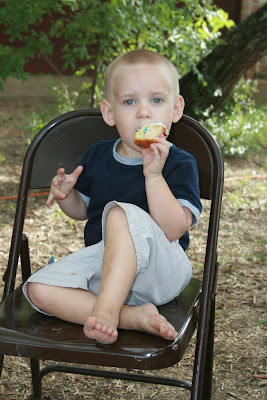 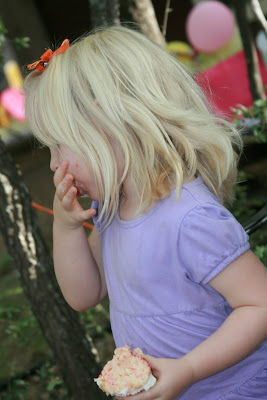 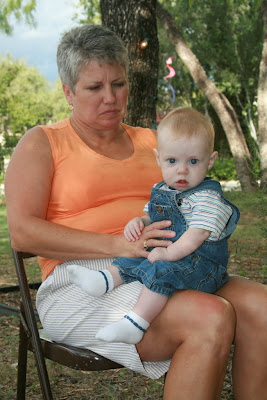 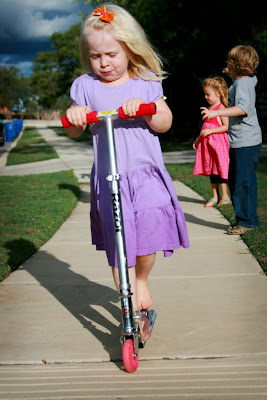 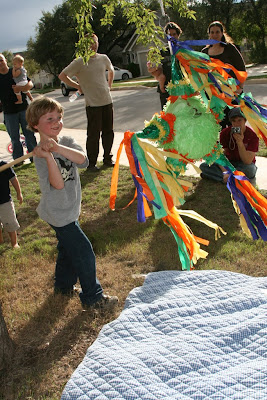 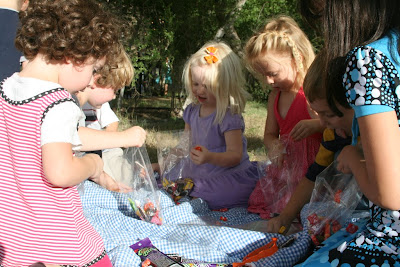