Schroeder and Penelope are a year older.

The boy loves a good video game.  He and his brother sold all their Nintendo Wii and Wii U items and earned just enough money to buy a Nintendo Switch last spring.  Six weeks later, Schroeder dropped it in the toilet.  Nintendo magically fixed it for us without question, but it was traumatic enough to inspire the creation of a whole picture book at school.

He loves a good book, both fiction and non fiction.  He kept bringing home a guide to Indiana birds from the library so I bought him a copy for Christmas.  He played soccer this spring and seems competitive and strategic.  He has been learning some coding, and is a half-hearted boy scout.

He's the creamy center of the oreo...right in the middle. He can hang in a game of Risk with the older two kids, or spend hours in imaginative play with his younger two siblings.  He and his little sisters still wake up on certain days and share what I will call "excited talk".  They are so full of anticipation for whatever is going to happen that day that they skip being groggy and go straight into the pleasant, upbeat chatter.  D'arcy and Julian have almost outgrown this stage.  They're able to anticipate exciting days with a coolness and nonchalance.  But Schroeder hasn't outgrown it quite yet and hearing him be swept up in the joy of life is so so sweet.

This has been a challenging winter at school for Schroe.  His teacher casually dropped the term ADHD at the beginning of the year.  I've done some leg work to see if this describes him and what we might do about it.  Here's something I've learned.  There is no definitive way to diagnose ADHD.  You can't take a scan of his brain and find the problem.  ADHD is diagnosed by observing behaviors, and if a kid is demonstrating enough behaviors tied to ADHD, they can be labeled.  Observing behavior is subjective.  So it's important to know your kid, and to invite people who know your kid to share their observations.

Schroeder made some super impulsive, poor decisions which made me pretty angry.  You would think that would strain our relationship.  But, we've been in this season of Stephen and I really trying to study and know him, and it feels a little like when he was first born.  It feels like bonding, and that bond makes my heart so tender for him.  I think he can feel my tenderness even amid my frustration.

What is so lovely to see is that Schroeder is leaning into us during this time.  He is trusting us, and working hard. We don't have a lot of answers.  We are falling back on two thoughts.  He needs firm expectations and lots of love.  We are trying to give space for those expectations to be influenced by him.  Schroeder, what kind of person do YOU want to be?

And he is leaning in for lots of hugs.  All the hugs. 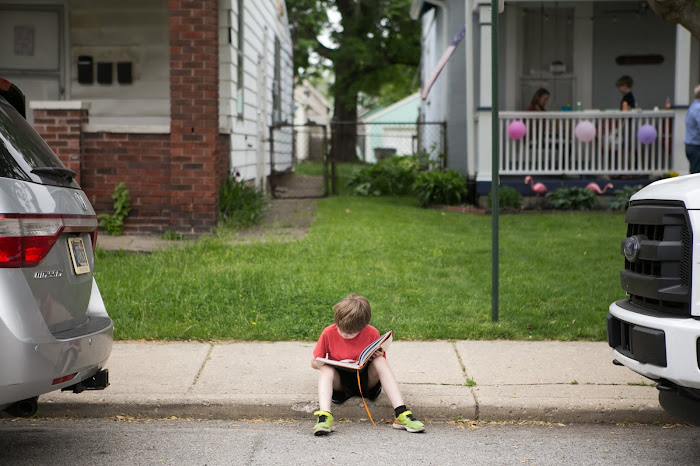 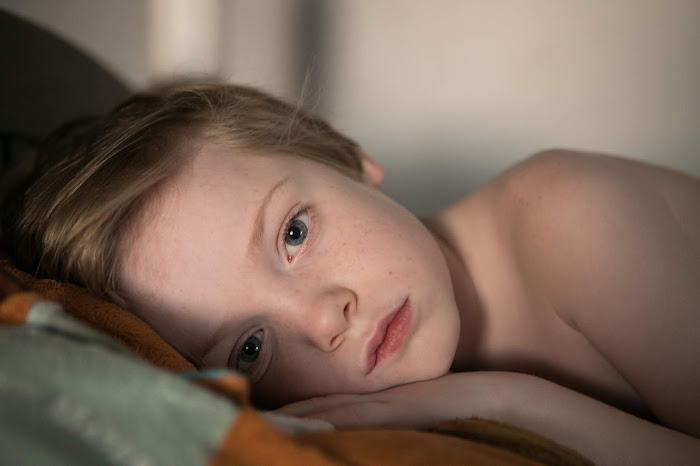 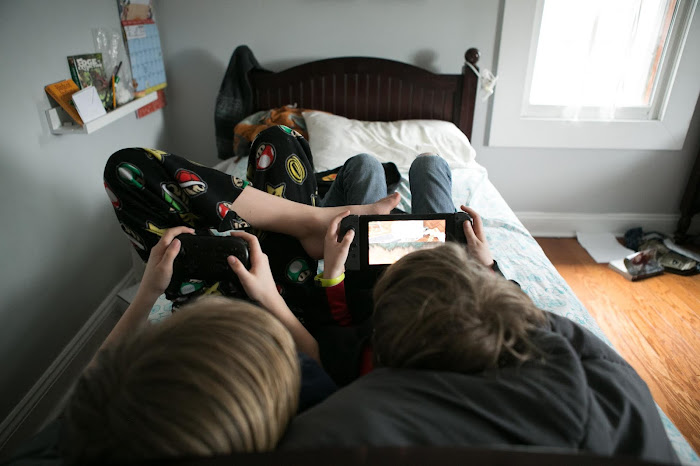 Penelope turns five today.  We celebrated quietly by awaking to presents on her bed, breakfast with dad, and a playdate with cousins.  Late May is a busy time of year.

Her preschool teacher described her as an ambivert.  There is something so encouraging when other adults spend time with your kids and begin to know them well.  This observation rang so true.  She is happy to play on her own for long stretches of time.  She is generally shy and uncomfortable around a group of people she doesn't know, but she becomes quite social when around friends.  Her nervousness about preschool at the beginning of the year dissolved and by November she proclaimed that she had "made a friend!"  By February, she had more than three friends and was telling me how much she liked going each day.

Her teachers predicted she would be a fashion designer someday because she is always serious about her clothing choices...dresses and tights and boots and the color golden.  When they asked her what she wanted to be when she grew up, she simply said, "a mom."

She likes very much to watch these shows on YouTube where little toy figures go on adventures.  They have sort of taught her a new way of play.  It seems backwards to learn how to play from watching, essentially, a homemade TV show, but unlike regular cartoons, these shows seem to make her more interested in playing. She has collected all of her My Little Ponies, LEGO girls, Little People Princesses, Daniel Tiger characters, LPS (5 year old code for Littlest Pet Shop), and LOL dolls and she sets up a world for them to play and interact in.  For her birthday, she asked for more "places" for them to adventure in.  So she got a Callico Critters lodge and treehouse.  She'll take her characters outside, collect sticks for a pretend campfire, and once asked me if she could have a match to make it a real fire.

She loves a good bike ride around the city on her tagalong bike.  She likes to spot all the dogs out for walks.  On our last ride, she saw several people with two dogs and has suggested several times that we should get a second.

These days, I typically have to bribe her to get a picture or video of her.  These were achieved by way of a chocolate chip cookie. 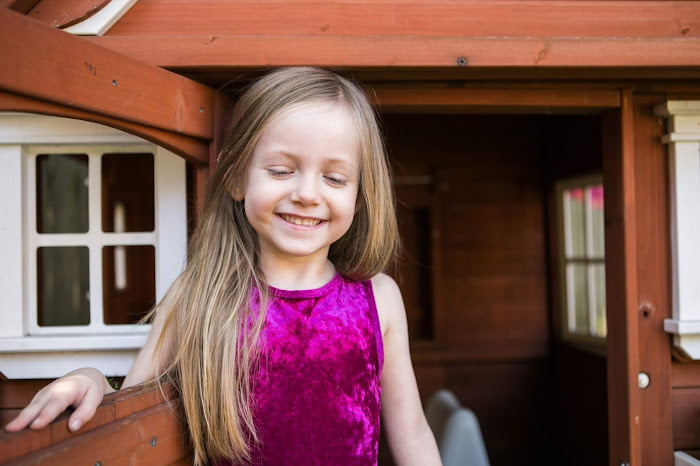 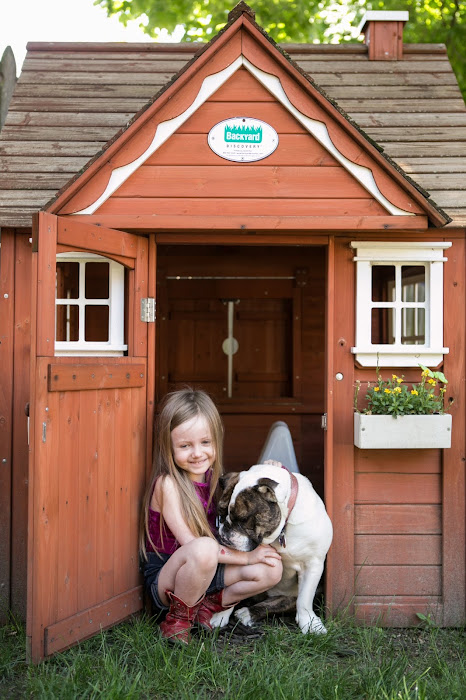 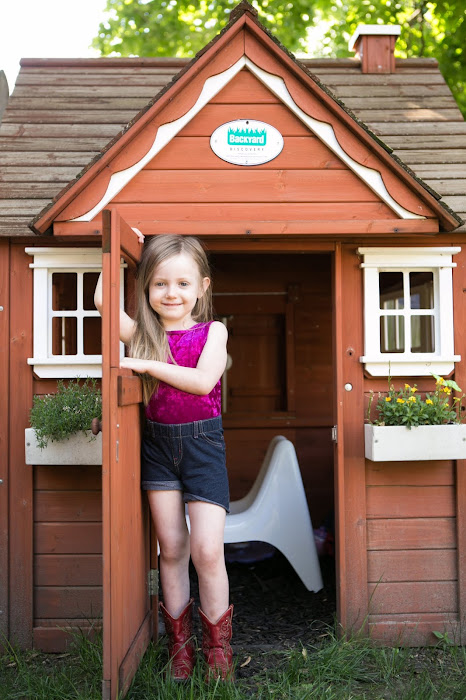