Birthday posts from the flip side.

D'arcy is fourteen.  She's basically raised.  She gets herself up and out the door.  She makes her own money.  She eats all the vegetables.

She has her own calendar.  She's going to Model UN next weekend, a forum on school community over spring break, camping with her freshman class in May.  Four of her seven weeks of summer are already full of service and adventure.  She came home the other day and asked if she could go to Mexico with her youth group this summer.  How about you schedule a couple weeks to breath, girl?

One of the reasons we sent her to Shortridge High was it seemed academically focused without constantly referencing college.  We wanted her to be present and learn just because she loves to learn.  But D'arcy is planning her future. She asked me a month ago, "What do you think the requirements are to get into Notre Dame?"  She is in it to win it.  Which is fine until you feel that anxiety creep up, and you have to release some of the pressure of expectation just to be healthy.

She's finding joy in musicals these days.  First Hamilton, then Dear Evan Hanson, and Mama Mia.  She asked me over Christmas break to put on the soundtrack of Funny Girl.
Here is our funny girl. 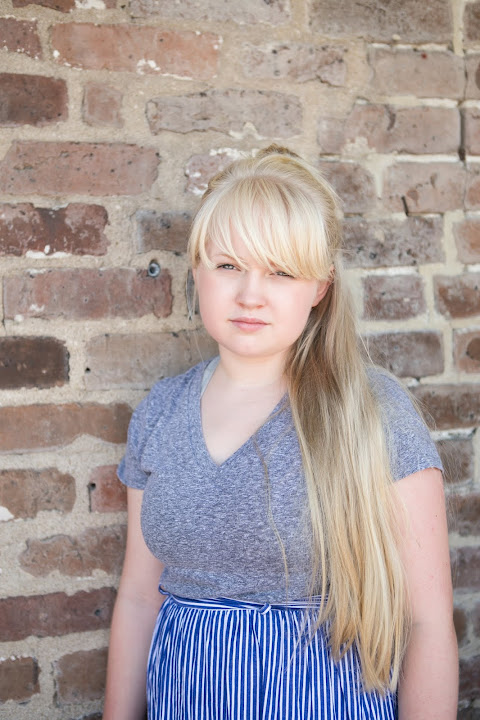 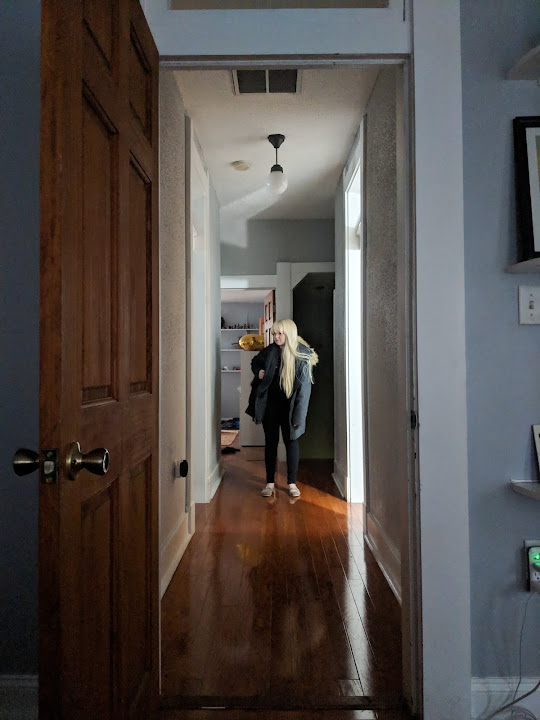 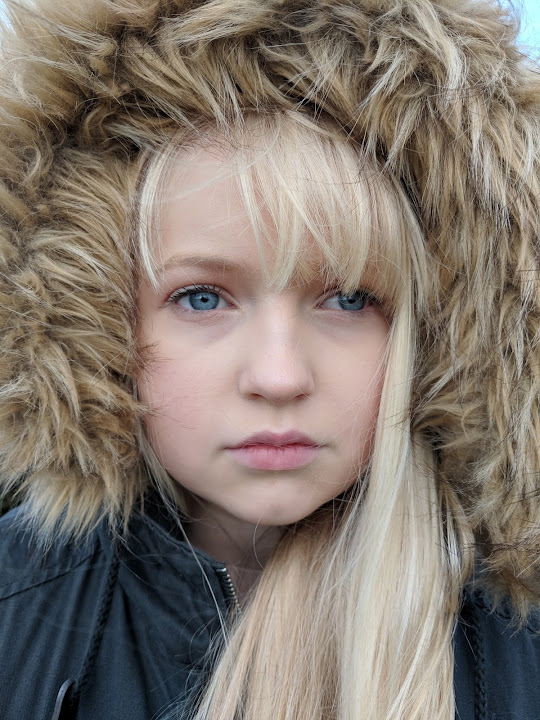 Maggie Lu is eight.  She is tumbling her way through her year; one handed and two handed cartwheels, round-offs, hand stands, and front walk overs.

Her bed is made even when she's sleeping in it.  Her clothes are always neatly rolled in her drawers.  She lays out her clothes for the next day, and is highly committed to being fashionable.  She comes to me asking, "What can I organize next, mom?"  or "Can I help you cook?".

We are trying to read every day together.  Reading has not come free to her.  Every word is worked for and earned.  I've only made her cry three times due to my horrible lack of patience.  But she gave me a card the other day thanking me for my help which made me cry.  Does that make us even?

She is articulate and deeply insightful, though.  Well, at least when her thoughts catch up to her mouth.  She is like me in that she often speaks before her thought is fully formed.

She has a dear friend in her little sister.  They are partners in play, dance, and YouTube watching. But Maggie can't handle Penelope's inefficiency in picking up their room. 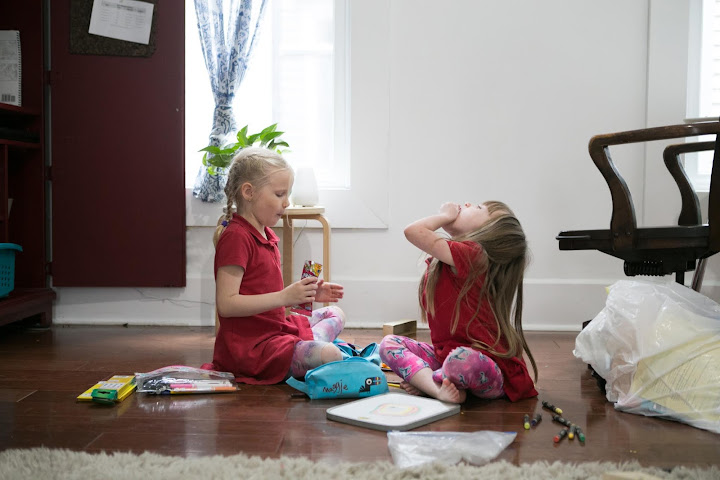 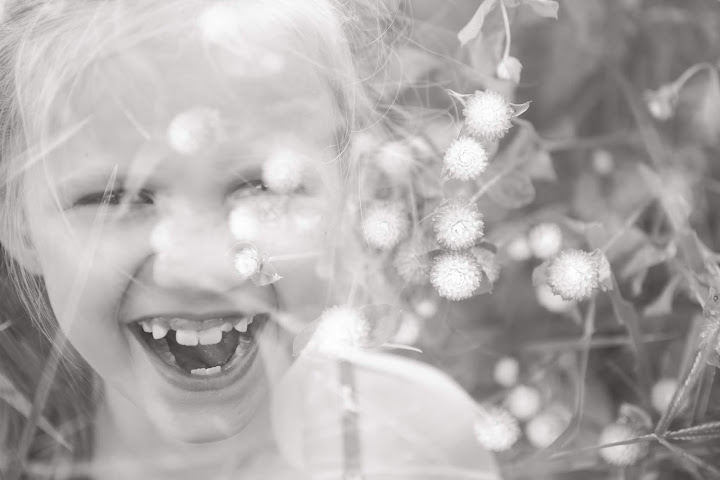 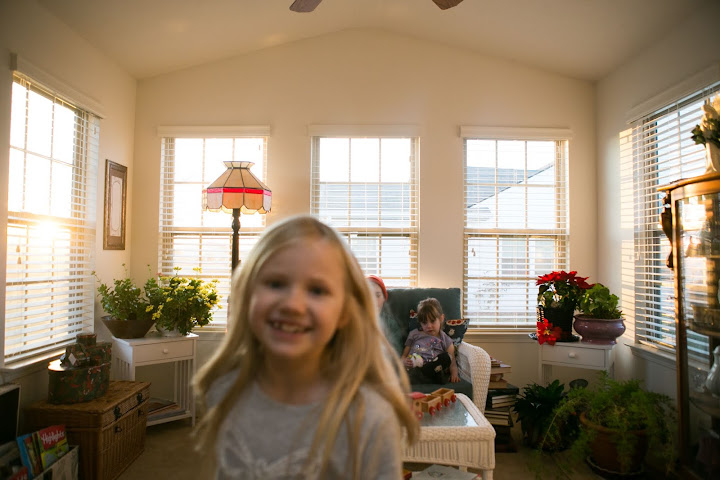 Julian is twelve.  He's taller than me, and any minute he'll be taller than D'arcy.  I just bought him a size up in pants, and already I can see his ankles.  Our friends are noticing his voice getting deeper.

Any non-scheduled moments at home are spent playing Fortnight or watching YouTube videos.  He and his friends can play together, each of them from the comfort of their own homes.  He has a head set that he talks to them through.  When I yell at him to clean his room, empty the dishwasher, or take out the trash, I'm sure that Leo and Nigel can hear me.

He joined the robotics team this year.  His group was excited because he "knows how to code".  He was invited to join 6th grade pre-algebra, and he's coasting through school.  There is a saying, "I can do hard things".  I'm worried Julian hasn't been able to practice that.

Girls write him love songs.  D'arcy played a song in the car and Julian says, "Wait, this is the song that girl wrote me."  He thought it was original, but discovered it was plagiarized.  He comes home often with tales of sixth grade romantic drama.   I get the scoop on who likes who.  He has consistently liked one girl, though.  He hates it when people ask if he's dating her.  "No, they are just friends."

On Sunday, Julian was sitting on the couch wearing a sweatshirt and shorts.  I told him to go put some pants on for church.  "I can't. This was the only thing in my drawer."  This is my biggest issue with Julian the twelve year old.  He seems to think his clothes just disappear if they aren't in his drawer or on his body.  I have to remind him that after he wears them, they go to the dirty clothes,  to the washer, to the drying line in my bathroom, and then into a clean pile.  Has he looked in any of those places for a pair of pants?  No.

He's a funny kid.  Always eager and willing to laugh, talk, and listen.  He's a real person now...not a half little kid person.

Something challenging happened to eleven year old Julian.  A trusted adult was accused of sexual misconduct.  Julian was asked to speak to the police about anything he knew.  Since Julian was involved in the case, a no contact order was put in place which interrupted Julian's close relationship with the man's son.  We had to have hard conversations and I believe the situation robbed him of some innocence.  I guess I should take my previous comment back.  He has had to handle some tough situations. 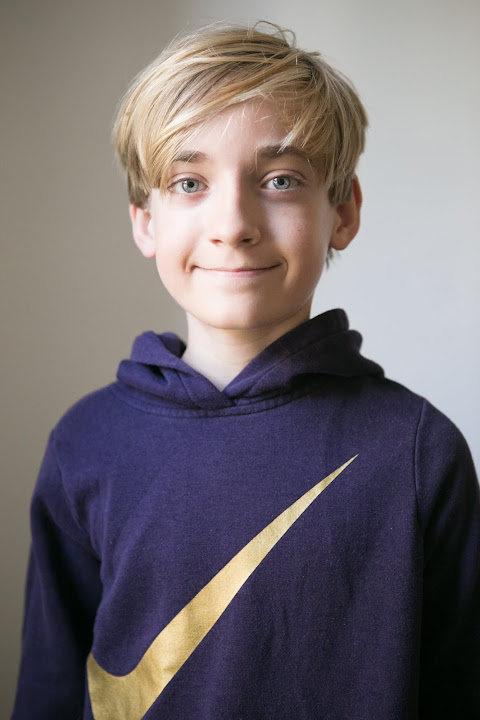 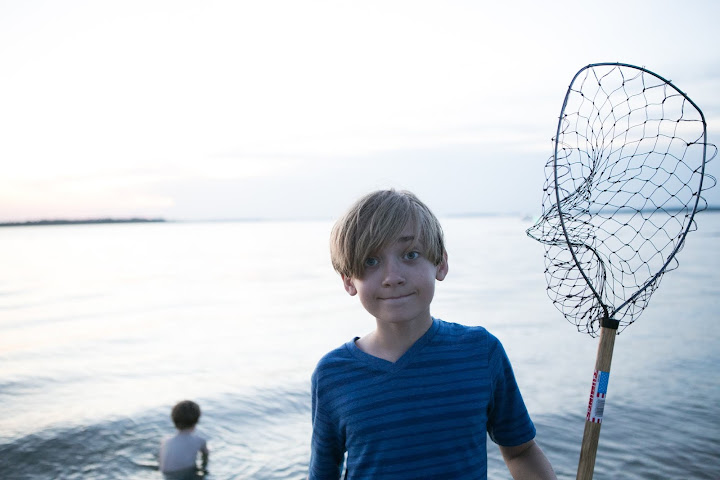 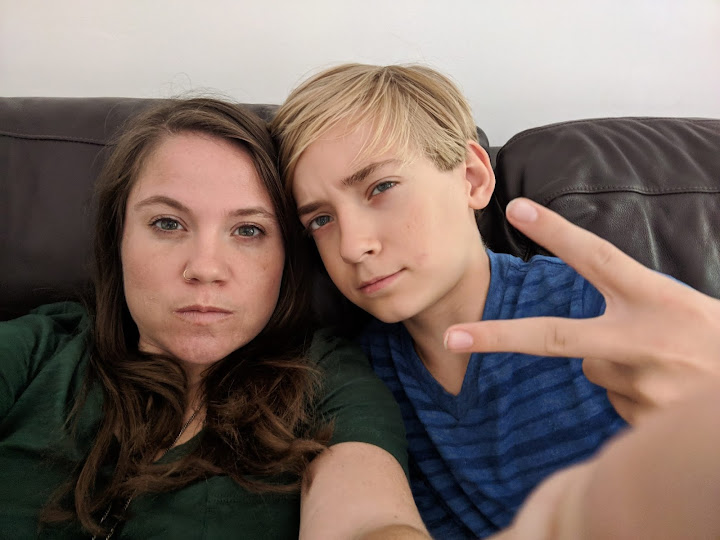