Our official position is this: Our kids do not get gifts from Santa, but I don't mind them enjoying the jolly old man.  That's why you may have seen the picture of Maggie sitting on Santa's lap at the Fletcher Place Holiday Kid's party.  She jumped right on his lap, put her little hand on her chest, and said, "I'm Maggie."  Our kids also received letters from Santa directly from North Pole, AL today thanks to my friend Melissa in San Antonio.  My little ones ripped theirs open and enjoyed having me read them.
Stephen is always eager to remind them that the "Corporate Demon" is in fact a figment of imagination, and I'm always encouraging them to enjoy and believe in him if they want.  We BOTH encourage them to NOT destroy other little children's dreams and declare Santa isn't real.  Julian hasn't been listening to that advice.  Yesterday, I was working at the school's book fair.  Once I was finished, I headed to Julian's classroom to pick him up.  Julian was excited to see me and dragged me over to help him pick up the blocks he and a few other boys had been playing with at the end of the day.  One of the little boys tapped me on the shoulder and asked if I was Julian's mom.  He then proceeded to say, "Well, Julian told me something while we were at our desks today."  This little boy's lip begins to quiver.  "He told me that Santa wasn't real (Julian says behind me "He isn't!") , and I need to ask you if he was right?"
I asked him if he believed and if Santa brought him presents. "Yes."  Then I told him not to worry about what silly Julian says.  He seemed relieved.  I'm wondering if I need to send an apology to all the parents in his class.
Last year, I blogged about why I can't pull Santa off even if I wanted to.  Queue (or is it cue?) 2012 example.  I pulled from the attic a Dora doll complete with her baby brother and sister.  D'arcy received this doll the year she became a big sister, and I put it up in the attic until Maggie was old enough to enjoy it.  I shoved the bag it was in into my locker until I could take it upstairs.  Maggie must have been attempting to pull out some of my shoes to wear when she happened upon the bag.  She  excitedly came into the living room exclaiming that she had found "her babies!"   I grabbed them, and put them back up in the locker and she had a bit of a meltdown.  We worked through it, and I thought all was well until naptime.  I told her to grab her baby to take with her to bed.  She ran to my locker, pointed up to the top shelf, and told me her babies were up there.  Sigh.  At least I know she'll like it. 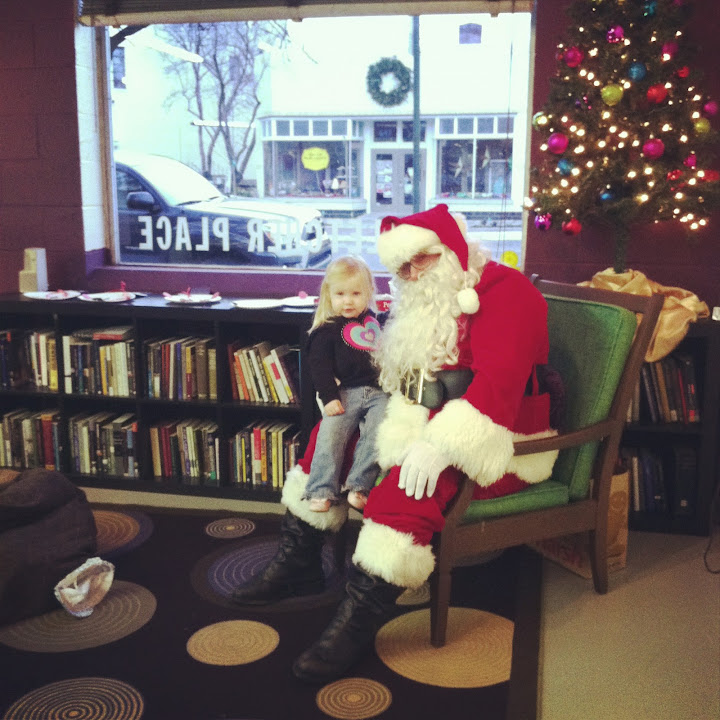