Something new is happening at our house. D'arcy and Julian are spending loads of time outside playing with some neighbor kids. Almost every other day, either my kids will go down the street to knock on the door to see if Jayden, Maddox, and Ava can play, or Jayden, Maddox, and Ava will come down and knock on our door to see if D'arcy and Julian can play outside. Their house is about five houses down, and they spend their time riding their bikes and scooters up and down the sidewalk, kicking around their soccer balls, or digging for worms.
D'arcy had officially outgrown her 10'' bike. Her training wheels have been off for about a month, and her knees were practically hitting her face with every turn of the pedals. Julian had a second hand bike that we discovered was particularly difficult to pedal, and so, although he was riding Maddox's bike like a pro, he would not ride his own. We recently received both a generous bonus and fantastic tax return and decided to go crazy and buy the kids new bikes and helmets. Nothing fancy, just your basic Huffy bicycle. We vetoed princesses and lightning mcqueen since those guys add $20 bucks to the sticker price! Still, the kids were excited, and Julian even commented that his bike was "shiny".
After returning from Academy, the local sporting goods store that I have to admit we had only visited once before in the last five years, the kids were eager to put their new bikes to use. This called for me to finally take some pictures of my own family in 2010.
In the picture of Julian, if you look extremely closely, you'll see a scooby-doo bandaid on his left thumb. A week ago, he discovered a cut on his hand and asked for a band-aid. In our house, band-aids only get distributed if blood is present. I put a band-aid on his cut. After a couple of days, I discovered that the band-aid was preventing him from sucking his thumb, a habit we have been trying to persuade him to give up for over a year. When his band-aid fell off after a couple of days, I put another on. He was a little confused as there was no more blood, and at some level he realized what he was giving up and wasn't sure if a cool band-aid was worth it. For the last week, he's had a band-aid on and I have yet to discover him with his thumb in his mouth. I'm determined to keep one on him for 21 days to see if we can permanently shake this habit.
I've also included a picture of our baby. He's not riding a bike, but he proudly showing off his two new front teeth.
Speaking of teeth, D'arcy's first tooth is loose, and her adult tooth is scarily further back in her mouth. I told her she was destined for braces and so she woke asking, "Am I going to get braces today?" She's been waiting patiently for the day her tooth would be loose, and now that it's here she is happy to share her joy with Julian. Julian isn't so sure that this is in D'arcy's estimation "A happy time". He made it clear that he would be glad if his teeth never fell out. 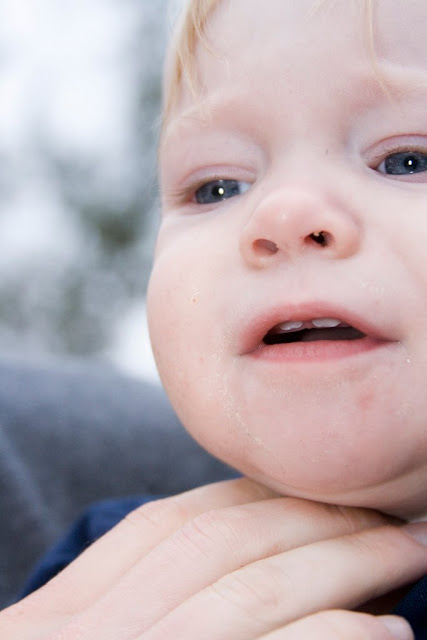 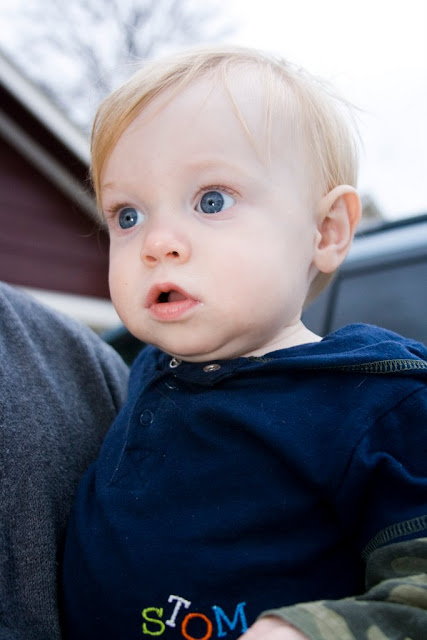 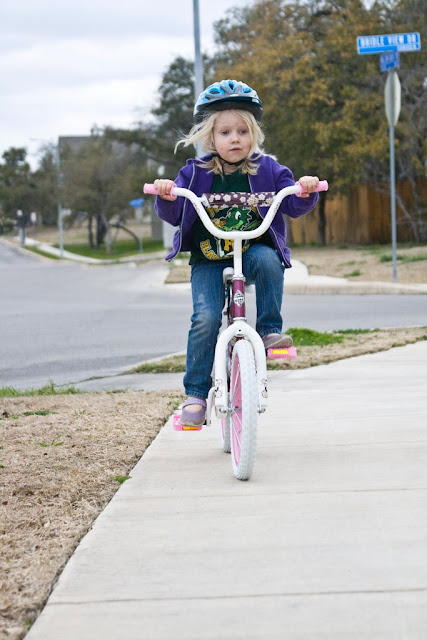 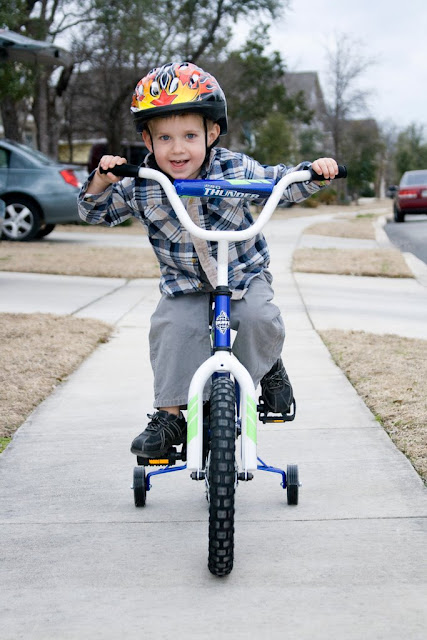