That Maggie Girl is six!

She is such a sweet, funny girl.  She's an easy one to get along with.

She's an organized girl.  She takes great pride in making her bed.  She organizes her drawers.  I've been simplifying our home over the last year thanks to my Kon Marie.  I've thought of teaching Maggie how to fold the Kon Marie style because I could see her really digging that activity.

She plans her outfits, especially for special events.  She'll say, "Oh, this is the perfect dress for ...."  and "don't you think these shoes will look fantastic with this sparkly vest."

Last winter, she started wearing these red glasses frames.  They were from a 3D movie, I think.  She popped the dark lenses out of them, and would wear them to preschool and church.  She received lots of compliments and several people gifted her other fake glasses.  I believe she has four or five pairs now.  She has them organized on the top of her dresser.  She told me the other day she should make a YouTube video about how to organize your fake glasses.

She says other funny things.  My mom's name is Terri.  That's where Maggie's first name, Teresa , come from.  Maggie came out on the porch a couple of weeks ago, and said, "Wouldn't it be funny if your mom's last name was Gross!"  As in Terry Gross from NPR's Fresh Air.  We're raising this kid right.

Before kindergarten started, we bought her a pair of "Vintage" Sketchers.  It was a compromise because I can't handle those sparkly light up ones.  The shoes have laces.  She asked me to show her how to tie the shoes and practiced diligently for days.  This is noteworthy because my experience with my first three children was quite different.

She started kindergarten and piano lessons on the same day.  She seems to like both.  She has the same kindergarten teacher as the boys had, but she got married and changed her last name to Mrs. Williams.

She was asked to be a flower girl for my cousin Zach's wedding.  He married Kate, and Maggie loves Kate.  She was also very intrigued by the bridesmaids and wanted to be wherever they were.  She got annoyed with me because I had to ask her to give them their space a couple of times. I was cramping her social life.  She was also quite disappointed that the "ring barrier" wouldn't dance with her during the reception.

She is still an anime girl.  She and Schroeder play their Yugioh card game very frequently.  She also likes Junie B Jones.  We've been reading those books together after school and at the dinner table lately.

D'arcy and I both had our ears pierced when we were six.  Maggie asked me last fall if she could get her ears pierced soon, and I told her, "Yes, on your next birthday!"

I made the appointment without telling her for immediately following piano lessons.  I told her and Julian we had one quick stop to make before going home.  When she asked where we were going, I said...

So she walked right in that salon, and with no fear and no tears let them put a needle in both ears.

She also asked for and received an American Girl Doll from my parents and me.  Those things are stupid expensive.  She like to brush Leah's hair, and tries to coordinate her outfits to look like her.

We invited our church friends to meet us at Dairy Queen for a treat on her birthday.  Then it rained and kept raining.  Stephen rushed to the store to buy ice cream, and I rushed around the house trying to clean up.  It would have been too disappointing to cancel altogether. 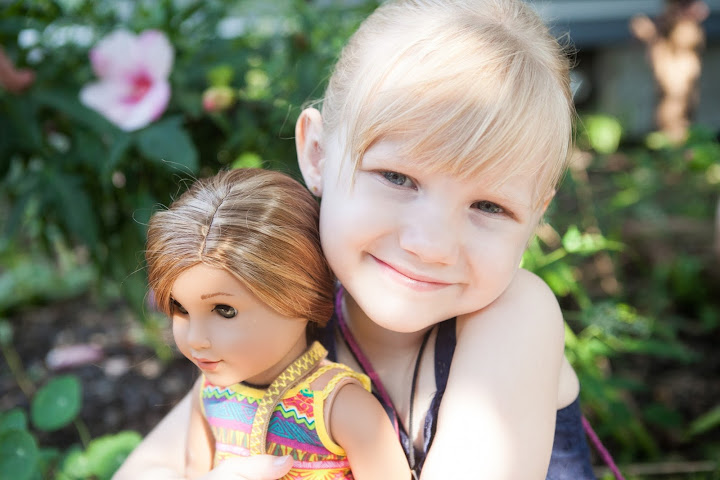 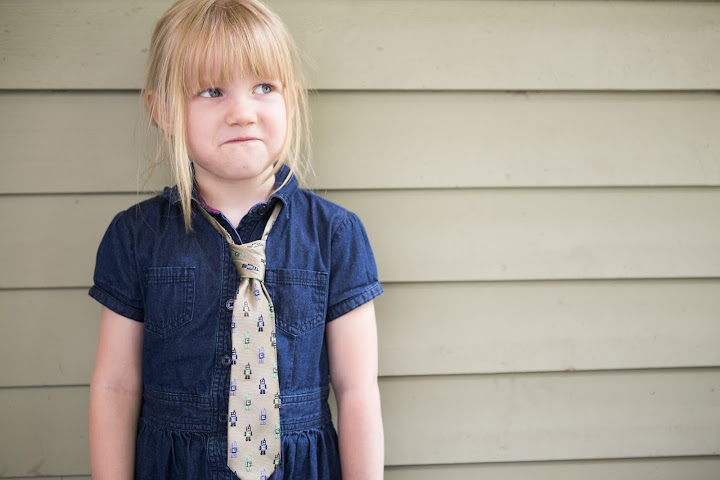 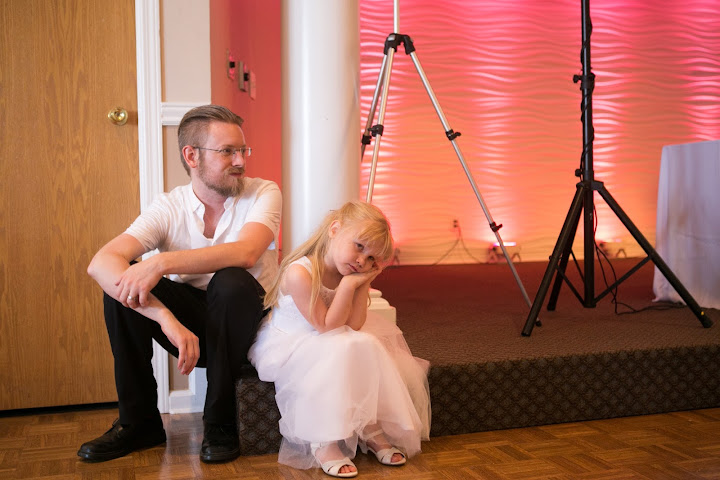 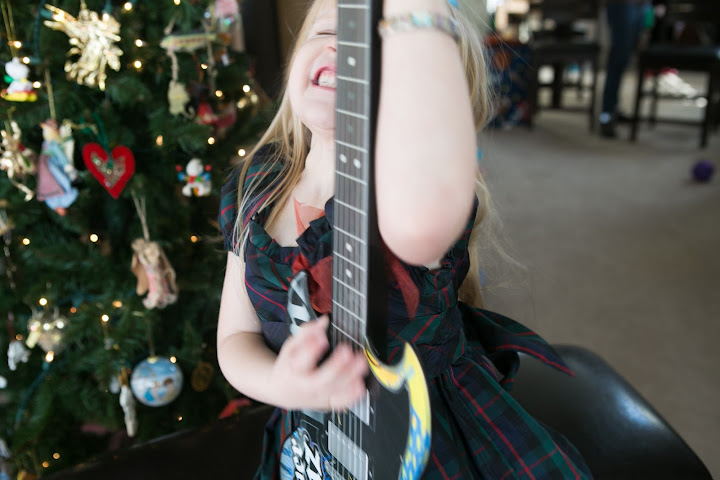