We went to New York.

First things first.  I need to thank Connie & Jason Moxley for watching Julian all weekend.  Terri & Kent Clark for watching D'arcy all weekend (immediately following a week long inpatient chemo hospital stay).  Kyle & Emily Clark and Dianne & Emmett Williams for tag teaming with the babies.  AND Julia Pheobus, Joshua Williams, and Joshua Jarvis who kept Begbie alive and happy.  They made this weekend possible and super thankful for their support.

Secondly, I have to tell you a small, but crazy story.  We took some pictures while we were in New York.  I plan to share some of them with you.  We did not get a picture of the two of us, though.  We were celebrating our anniversary, and it would have made sense to snap at least one, but it didn't happen.

So the crazy part is that I woke up this morning to find a picture of us together on the Brooklyn Bridge on my Facebook stream.  We have a friend named Sandy.  We met her in Texas, but she now lives in San Francisco.  She has a roommate that we have never met who just happened to be visiting New York the same weekend as us.  Someone took a picture of her on the Brooklyn Bridge and of all the hundreds of people on the bridge that day, we were behind her in the picture.  Sandy saw the picture and then said, "Wait I know those people."  The fun, crazy portion of this story totally makes up for the fact that I'm squinting/scowling and Stephen is busy adding a picture to Instagram. 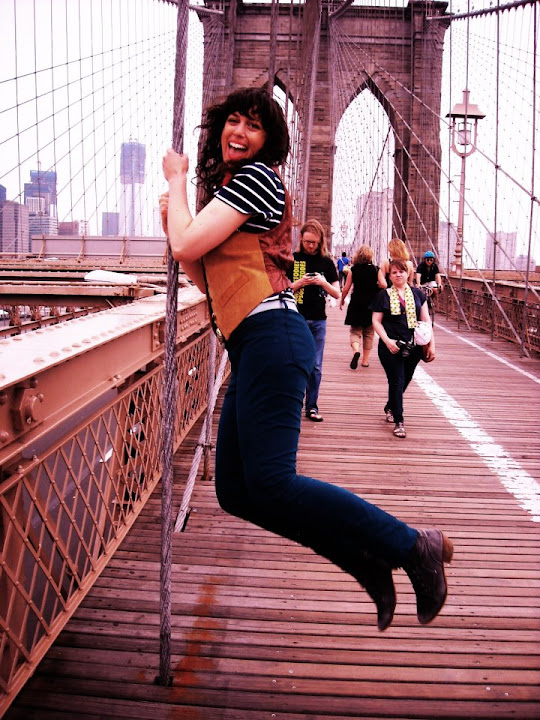 So now on to my pictures which will come in the form of a collage.  The collage will show you that we did quite a bit of walking and eating...walking and drinking...walking and deserting.  We slipped in a show, a little church, some art, and a teeny bit of shopping.  I enjoyed myself. 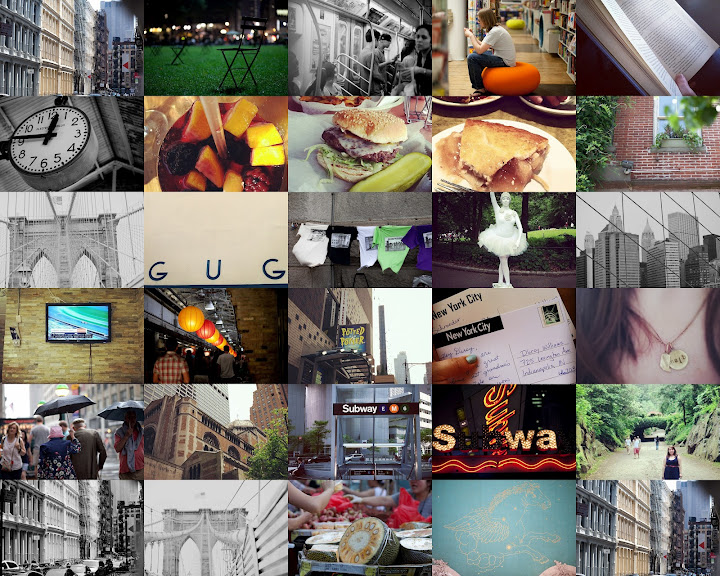