On the Friday we were in Ethiopia, the Orthodox Church there celebrated a holiday called Buhe. Here is what Wikipedia has to say about this holiday...Buhe is a ceremony of the Ethiopian Orthodox Church, held on August 19 (according to the Gregorian Calendar; August 6, Julian calendar; Nähase (Ge'ez: ነሐሴ) 13, Ethiopian calendar). On this date, the church celebrates the transfiguration of Jesus Christ on Mount Tabor in the presence of the three lead apostles. People of the neighborhood tie a bundle of sticks together to make a chibo, and set it on fire while singing songs. The main song is called "Hoya Hoye" with one singer singing while the others follow in a rhythmic way. It involves young boys singing songs of praise outside of people's homes.Usually once the boys finish singing, the owners of the home will give them a bread called mulmul. 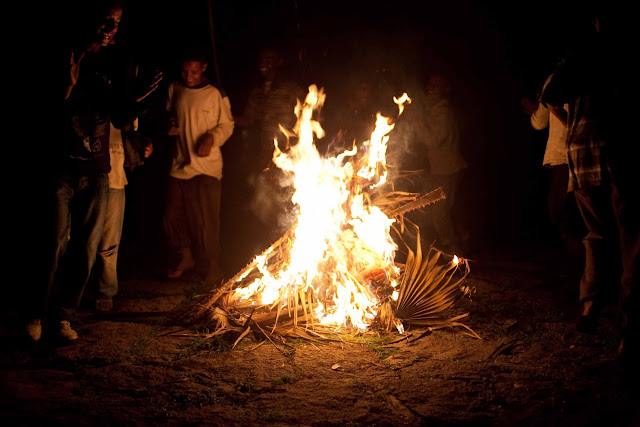 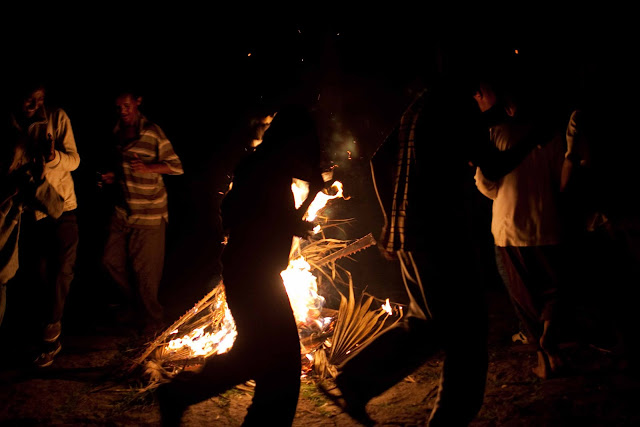 Email ThisBlogThis!Share to TwitterShare to FacebookShare to Pinterest
Labels: Souvenirs from Ethiopia