I'm trying to remember what has prevented me from blogging this month. I've had loads of photography sessions which have probably contributed. I have, however, been storing up little memories this month that are definitely worth sharing.

Schroeder:
We hear very regularly how happy Schroeder is. He seems to have a dimpled smile for everyone he meets. He goes easily to anyone, but he knows who we are. Not every stage of childhood is this easy to take joy in, so we are savoring this sweet stage.

He did, finally, get his first tooth (mid-November). I thought it was coming through back in September, but these things take time. I'm the type of mom who has nothing on hand but a little Tylenol to help him through it. Nope, no baby orajel or teething tablets. One might think that's because he's a third child, but I didn't give it to D'arcy either.

He's eating fruits (beginning of November). I'm trying to be more consistent with how often I sit down to feed him veggies and fruit from a jar. It's happening about three times a week at this point. This is probably a third baby thing. I'm already sitting down to nurse him four times a day. He eats it all like a pro, though, and doesn't seem to be picky. Remember, though, that the term "picky" eater doesn't fly in this house. A month, ago, he took to blowing raspberries with his food instead of swallowing. I'm not sure if he wasn't pleased with the taste or if he just thought it was fun. I never looked down at the label, though, to make a connection of what food "he didn't eat" aka "he didn't like". At this point, I'm not giving him the choice of what he eats so why even bother looking.

We are trying to teach him the word "NO" and the sign language motion for "more". No is used when he raspberries his food, and goes for the little speakers under the TV table. "More" would be good to know when he wants more of anything including tortilla which is my replacement for cheerios. Why buy a box of cheerios when I can tear up a tortilla that I already buy for the kids?

Why do we think he could be capable of making the "more" sign? Because our little stroke victim has worked his way up to waving and clapping his hands! This is so stinking adorable.

Last, but not least, Schroeder is pulling himself to standing. I think I mentioned this in a previous blog. He can do it in his crib which is sometimes where I put him when the kids are playing in their room. I can't trust that he won't get trampled if left on the floor, but from his crib he can stand and watch Crazy #1 & #2 play. They like to entertain him by dancing and singing.

Julian:
I've mentioned previously that parenting Julian is our hardest job at this point. He still makes me smile daily, though. He is very excited for Christmas, and is taking his Fisher Price manger everywhere. He watched Charlie Brown Christmas tonight, and has already remembered his favorite line from last year which he'll say over and over and crack himself up. He loves to sing Christmas songs and Praise songs. When the song "Sing, Sing, Sing" comes on on KLove, he will belt it out. Our kids always have a song to sing which is something I love.

He sleeps with Buzz and Woody right now. Although, the minute he got Buzz, Woody definitely got a slight demotion. I think we've heard, "There is a snake in my boat!" and "To Infinity and Beyond" about a hundred times in the last couple of months. Yes, you read that right "...snake in my BOAT!" He insists that it's boat and not boot.

At the dinner table he always instigates prayer, and loves to do "Cheers". He'll say, "Let's Cheers mom and dad!" Then, he'll grab his glass and want to clink it with everyone else. D'arcy also likes that game very much.

He's all about using the phrase "of course" right now. "Of coarse I will, mom," he'll tell me.

Julian is improving a great deal with the use of a writing utensil. His left hand is getting stronger, and he'll stay around long enough to even color a whole person.

D'arcy:
D'arcy spends most of her time dressing up and then crafting. She still loves to draw and sew and weave and paint. Doing such things is the bane of Julian's existence but is the great joy of D'arcy's.

As we approach the end of our stay in Texas, she is preparing to leave her friends. She definitely expresses sadness in having to leave. I know it will be hard for me to deal with their emotions on top of my own. She's asked Stephen if he'll be able to find a new job. We smiled and wondered, has she been talking to our parents?

D'arcy also danced at her first recital on Saturday. She'll have another one in December. This one was on very short notice, but she very much enjoyed herself. Here are a few pics from that. 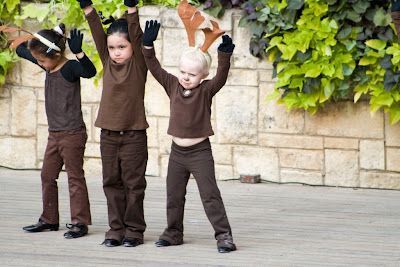 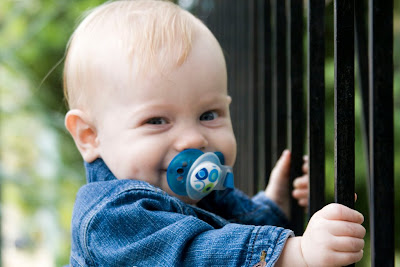 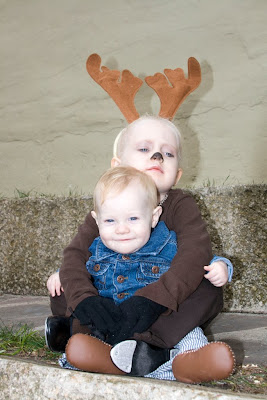 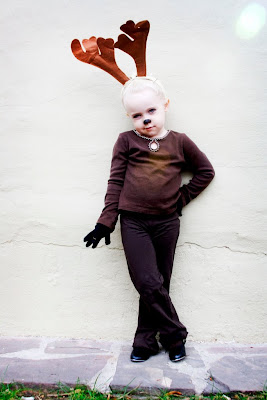 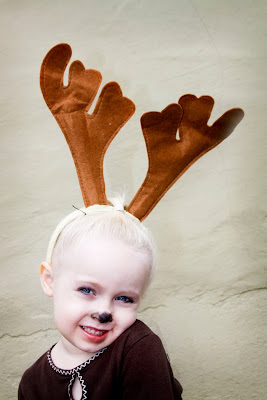 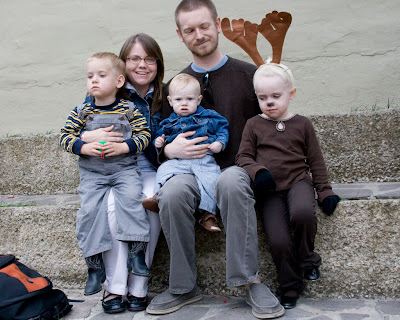