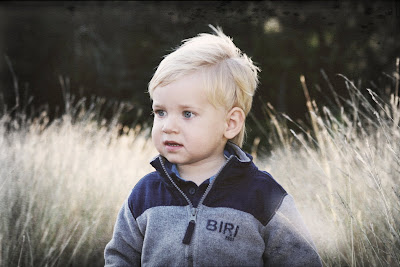 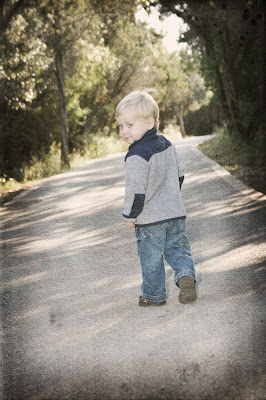 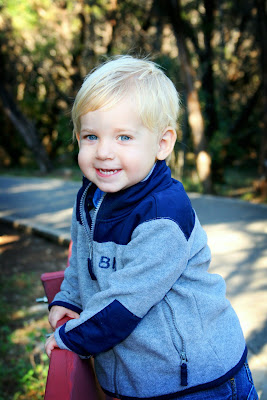 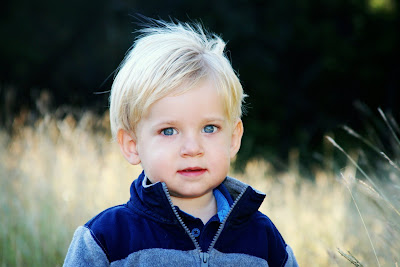 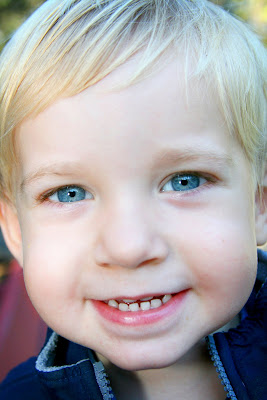 At four o'clock in the morning on October 7, 2006, our little Julian was born. Two years late, he's not so little. Out little guy loves all of the following; his big sister, his dog Begbie, Elmo, Speed (otherwise known as lighting mcqueen), trains, his daddy, the Beatles (specifically the songs Yellow Submarine, Hey Jude, All You Need is Love, and You Say You Want a Revolution), Milk (liquids in general, really), bathtime (the part when he isn't getting his hair washed), books, dancing, puzzles (he is so persistent with them), spaghetti (like his daddy), monkeys, his mommy, climbing up slides, his Mickey Mouse CD, sounds of all kinds (from the wind to birds calling), and babies. We are especially grateful for the last one as he will soon be both a little brother and a BIG brother.
He is such a sweet kid and a joy to parent. I keep saying I want #3 to be a girl, but when I think of Julian, I realize how I would be so thankful for another little boy.
Here are some pictures taken this morning to commemorate his 2nd birthday.