His birthday always falls smack in the middle of spring break.  We've been out of town for his birthday the last two years.  It's been nice, this year, to be home to celebrate.  He asked for a couple of things.

First, he wanted a sleepover.  I said NO.

Then he asked for a Nerf gun battle with some of his friends.  I told him to pick 7-8 to invite.  We planned to have them over to a park, but it was raining.  The battle ended up being in our house, but I was smart and only planned the party to last two hours.

Besides the party, he asked for a watch and a Fitbit.  I was excited that he asked for something other than LEGOs, Pokemon cards, or a video game (although he did receive all of these from his friends).  My parents got him a Garmin Vivofit Jr. and now he is obsessed with counting his steps and timing every activity.  "Mom, we've been in Target for 12 minutes and 35 seconds.  How much longer is this going to take?"

He also wanted Stephen to take him to breakfast at Lincoln Pancake House.

This time last year, Schroeder's reading was just taking off.  He was finishing up a tough school year.  I'm not sure that Schroeder would reflect on it as a tough year, but it was tough for me.  And, although he was practically failing first grade, He had been invited to attend the district's high ability school.  For lots of reasons, we decided to keep him where he was.

His teacher this year has been so kind and patient.  She really sees humor and intelligence in him.  She has encouraged me so much, and Schroeder really digs her.  He isn't just reading, but really loving it.  At Christmas, he suggested I buy him anything by Arnold Lobel, the author of Frog and Toad books.  He is also a huge fan of the My Weird School Series.  The author, Dan Gutman just came to speak at their school.  He picked Alice in Wonderland off our bookshelf the other day, and asked me to buy Charlotte's Web for him a the book fair.  He said, "I love this movie so much, I want to discover the book." Now he's starting to help Maggie learn to read.

His kindergarten teacher (who is now Maggie's teacher) found a photo of Schroe on her phone.  She had given him (and his sixth grade reading buddy) some flour and a tray to practice spelling out words.  She turned around a bit later to find them both laying on the ground pouring flour on themselves.  (These pants are navy not stone washed.) 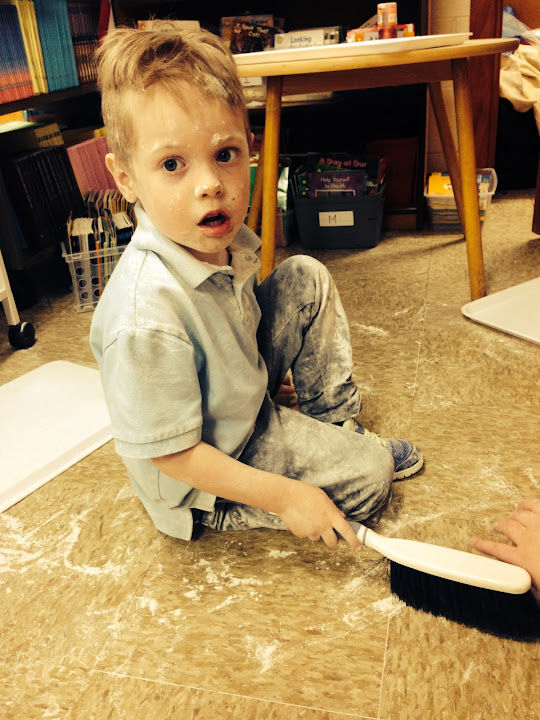 And while he is learning self-control and self-management I'm guessing we'll have moments of ridiculousness like this in our future.  For example, I found a box of Tic Tacs he stole from Target under his pillow on his birthday.

I mentioned in his birthday post last year that his favorite game was chess, although I wasn't sure he actually knew how to play.  I thought maybe he was using pretend rules. Well, he does know.  He played his Uncle Alex at Christmas.  I'm not sure where he learned this.

Schroeder has always had this physical fearlessness.  We took him ice skating for the first time.  He wasn't tentative.  He just went for it.  He fell often, but he fell the way I would imagine a drunk person would, really loosey goosey.  And then he would jump up just as quick and skate on.  He was skating fast and whipping his snow hat around like a lasso.

He finally started to loose some of his baby teeth.  We had an appointment to have the four bottom center teeth pulled because two of the adult teeth were already popping through behind them. Two of them fell out before we had the appointment.  Somehow, this delayed development feels like a pattern for Schroe.

He joined Cub Scouts this year, and I think he looks pretty adorable in his uniform.  He hangs it on the post of his bed.  Stephen saw it on his bed one day and had this image of him preparing and wearing a military uniform.

He has become a big fan of sweaters and hugs recently.  His hair is impossible mostly because he could care less and I care too much but not enough to pay someone to cut it.

When he is stressed or sad, he cries.  And it is so tender and sweet and silent.  His words never betray him, but his tears do.  Julian gets frustrated with it because he doesn't react the same way.  Schroeder doesn't have a temper like Julian does.

Anyway.  I love him.  Plus here are some photos of him on his birthday.  He wanted you to see these Pokemon cards. 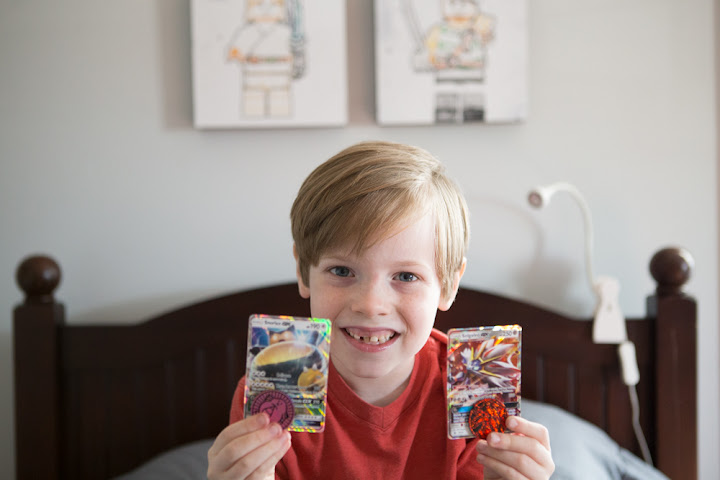 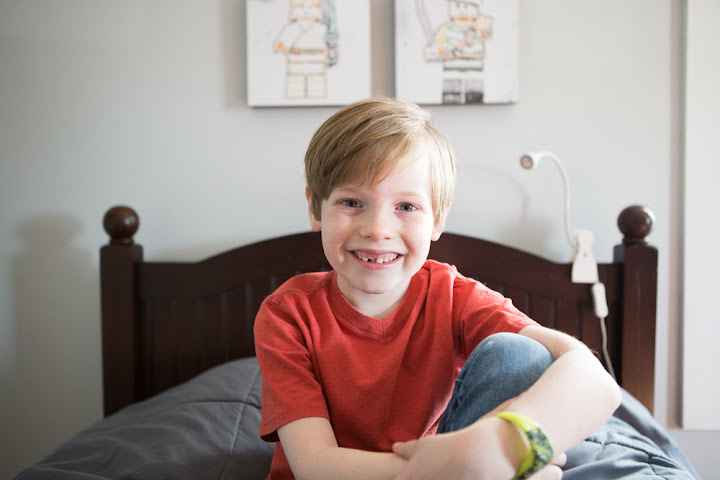 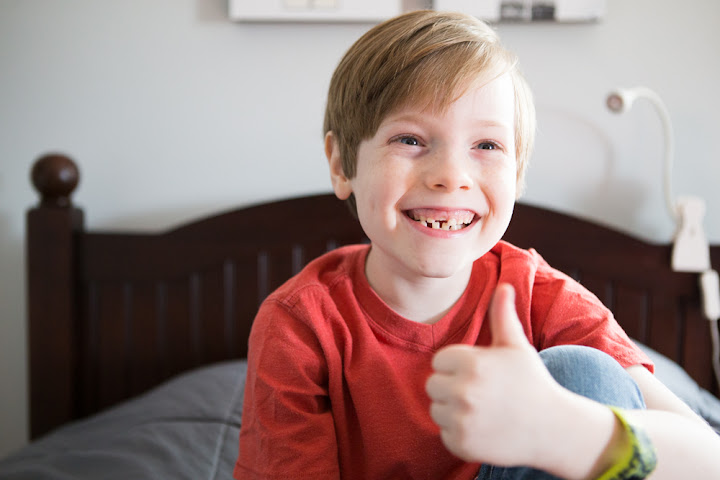 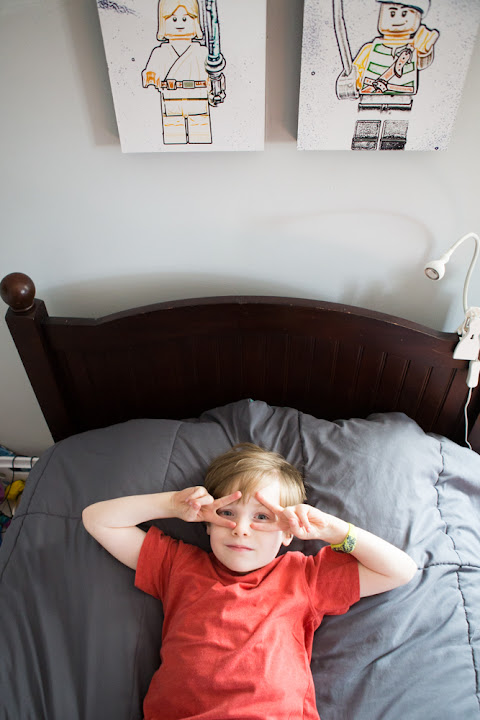 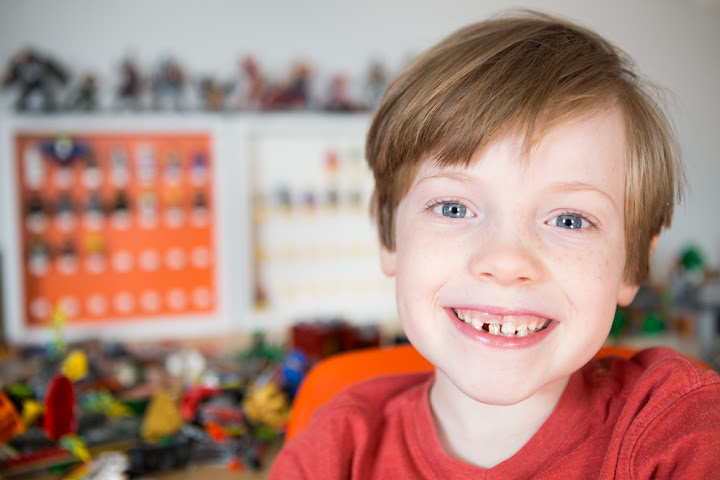 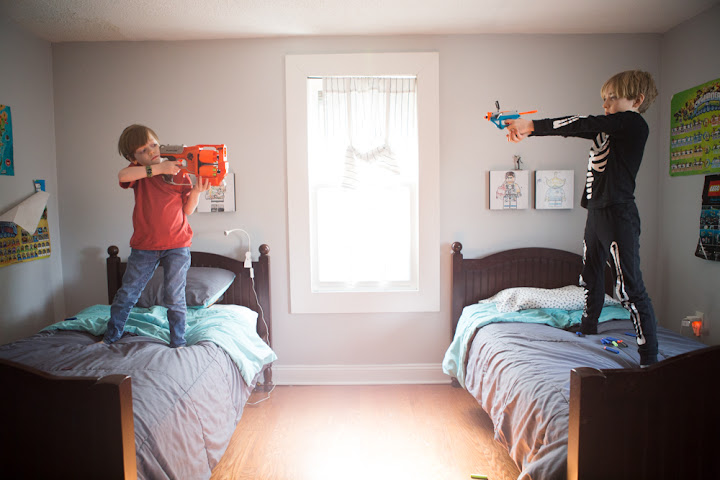