Penelope is two.  She's twenty three pounds dripping wet.  If I'm determined to worry about something, I worry about her weight.

She is still a big Daniel Tiger fan.  She can sing the choruses of a few of her favorite songs, "Shut up and Dance with Me", "Uptown Funk", and "Girls Chase Boys".  During our trip, she started adding a -y to the end of some of her words.  "Can I sit on your wappy?"  "I can do it my selfy."  She thinks she can do a lot of things her selfy like fastening her carseat or walking across the street.  She gets angry if you try to help her out.

On our trip, she spent most of the time in the Ergo carrier while hiking.  We let her out for a bit when we were on Antelope Island on the Great Salt Lake.  I suggested she walk around the big rocks, and she decided instead to step on each one.  Because she's big and independent and two.

But, really, she was such an awesome traveller.  She spent time coloring, but mostly just chilled.  We did keep her pacifier in commission so we could pacify her on the road if needed.  Someday soon we'll take her out of a crib and take the pacifier away at bedtime.  There just isn't another baby on the way to need them.

One right of passage that she's eager to get under way is potty training.  She asks daily to sit on the potty, and lets me know when she is going in her diaper.  A diaper free home is in our near future.

Her big sisters and brothers have taught her a few things.  She can count to twenty pretty well.  It's a game.  I'll say one and she'll say two and we'll count together.  Then she'll ask to do it again and again.  She'll also give you a fist bump if you ask.  She follows the bump with a "fa la la la la" as she pulls her fist back and wiggles her fingers.

When she doesn't think she's being listened to, she'll grab my face, put her head up against mine, and whisper her request in the most infuriating and adorable way.  She is quite persistent.  When we were in South Dakota, we watched a little movie in the Badlands.  She was having trouble sitting still, and I promised her a Swedish fish if she would watch quietly.  Less than a minute later, she asks, "I have fish?"  And on and on it went until we headed to the car to get the fish.

In May, we were out shopping, and as we were going into Kohl's she started naming her family...Schroe Schroe, JuJu, D'arcy, Maggie.  I said, "Who else is in your family?"  She looked at me and said, "Daddy!!"  It was this first moment of verbal recognition of who her core people were.  She belonged to us and we belonged to her.  And, I had this rush of joy knowing that she had all these great brothers and sisters to love and care and teach her.  How cool is it to be a fifth baby!

Stephen and I were out of town on her birthday.  We celebrated a week earlier with a little party at our house.  I made her a birthday cake that was collapsing and falling apart.  I topped it with two plastic princesses we have in the house.  She kept asking to look at her cake.  She would sit at the table and just look at the wobbling mess. 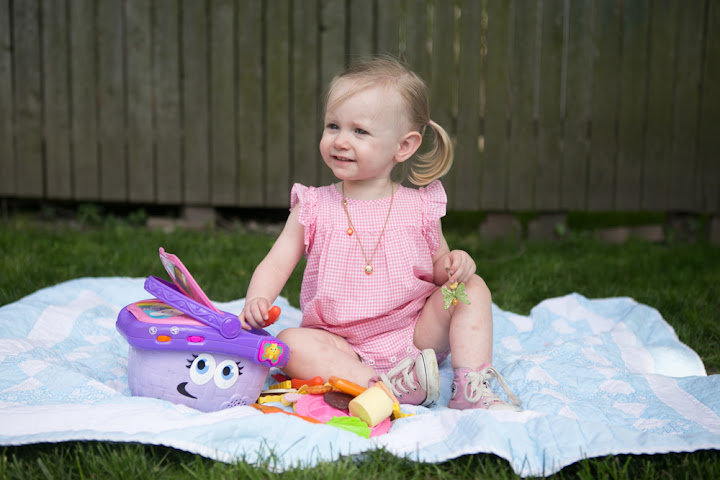 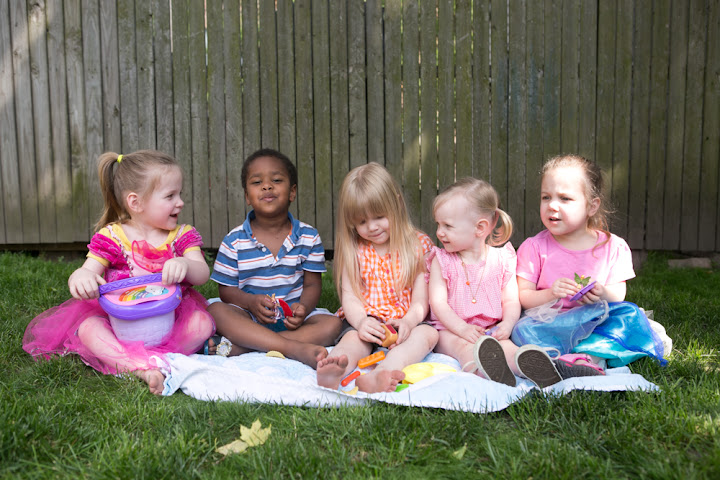 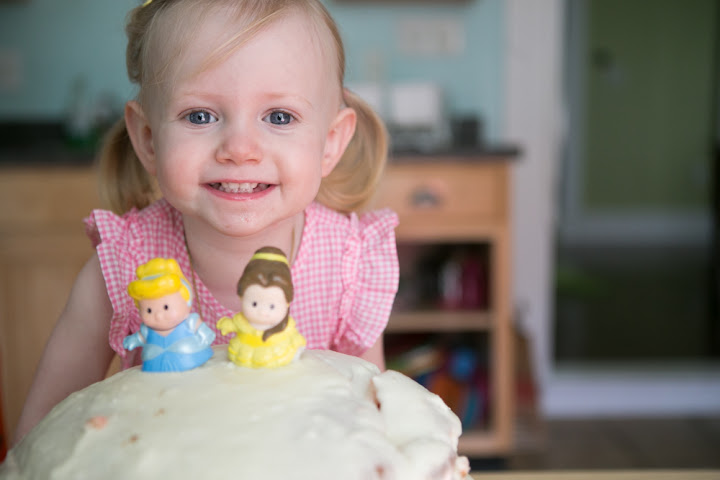 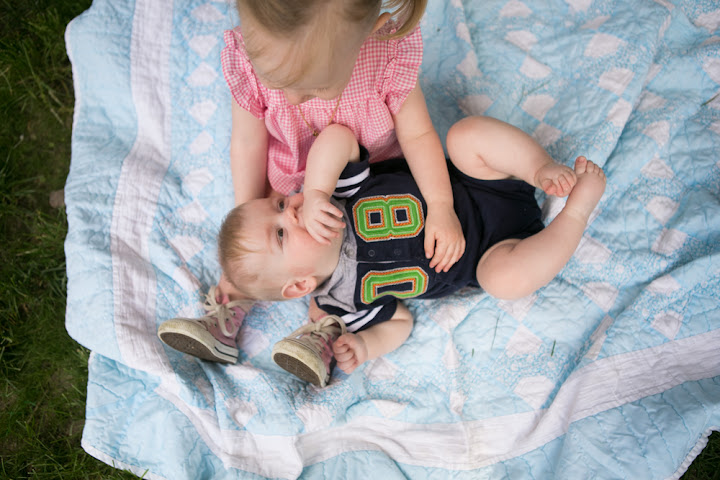 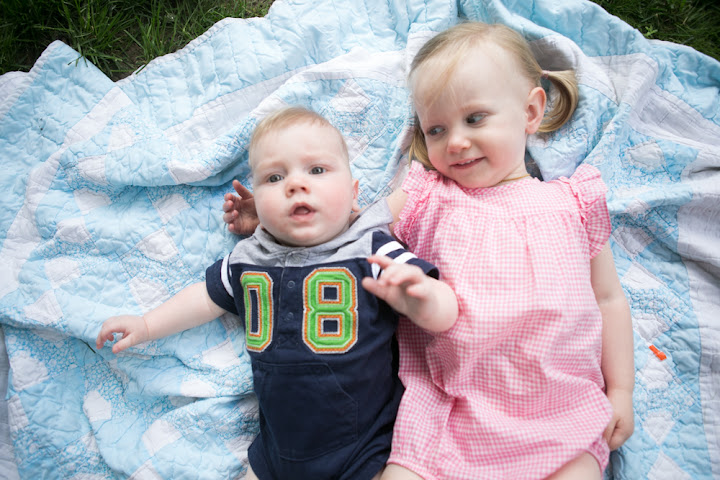 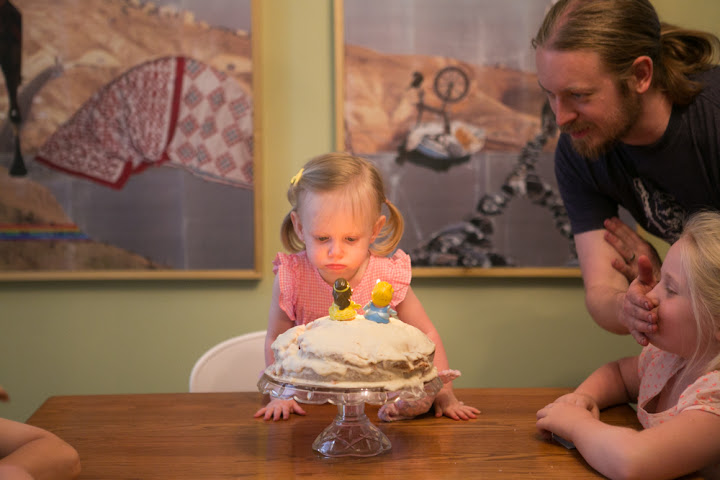 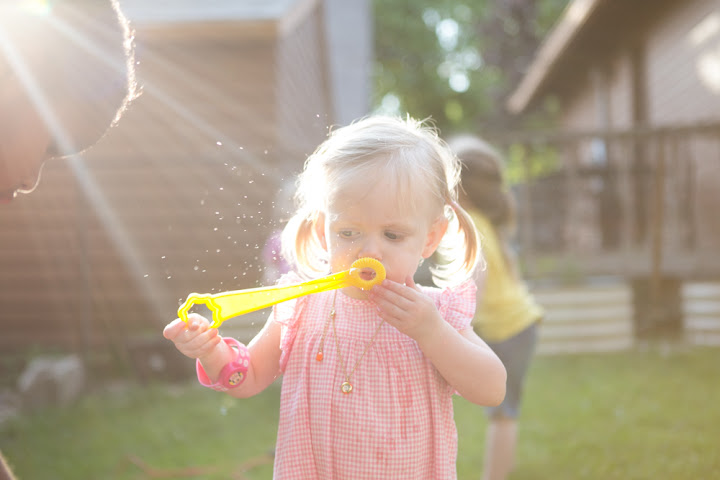