Penelope had a half birthday.

I neglected to write anything about Penelope on her first birthday so I thought I would jot a few thoughts down as she turns 18 months.

She is at one of my favorite ages.  She is big and independent, but still a baby.  She talks but doesn't talk back.  She's discovering new things each day, and it's wonderful to watch.  At this age, she has a way of diffusing tense situations.  Stephen and I will be frustrated after disciplining a child or frazzled from trying to walk out the door in a hurry, and she'll walk by and just be cute.  We'll look at each other and smile and say, "I don't know what went wrong with those first four kids, but we made this one and she's adorable."

She is so pleasant in the morning.  As I yell for the school kids to wake up from my bed, she mimics me from her room.  "D'arcy!"  "Julian!"  "Schroeder!"  If the big kids are being particularly difficult to wake up, I'll take Penelope out of her crib and lay her on top of them.  She'll pat their face and say "UP! UP!" which makes them giggle.

Penelope likes hats and pointing out people's features...nose, mouth, ears, eyes.  She likes walking around in other people's shoes.  She likes Frozen and Daniel Tiger's Neighborhood.  She loves baby dolls and feeding them a bottle.  She LOVES dogs.  She gets giddy and giggly when she sees one.

She hangs out with me in my bathroom as I get ready for the day and pretends to put makeup on with my blush brush and an old blush container.  If she's hungry, she goes to get a plastic bowl from a low cabinet and brings it to me to be filled.  Basically, all her food must first be placed in a bowl before consumption.  She has standards.  No eating off the table or carrying your food around like an animal.

I had all intentions of weaning P at twelve months.  Then, I just never wanted to say that this was our last nursing session.  So I nursed her when she asked, and she asked often.  At first, a couple times a day, and then a couple times a week.  I felt like I didn't need to mourn the end of this stage because I didn't really know when it would end.  Even now, we'll go a whole month without her asking, and then she'll come sit on my lap, pull on my collar and say, "nurse" in her tiny voice.  Most of the time, I offer her some milk in a cup, but sometimes she insists and I let her.

She has one pacifier left.  We've lost all the others.  It will be misplaced for a couple of days, and then she'll find it somewhere and pop it in her mouth.  She's a fan, but isn't dependent on it for sleeping or comfort.

At night, the kids spend time upstairs playing before bed.  Penelope usually joins them, and they teach her things.  They taught her to say "Six".  And then they'll ask her any question like, "What is your favorite number?"  Six.  "How many fingers am I holding up?"  Six.

At Thanksgiving, my sister-in-law said, "I think I just heard Penelope count to six!"  I sort of shrugged.  If she did, she didn't learn it from me.  Isn't that what school is for?!  But, in fact, she is counting pretty well thanks to her siblings.

She's a master climber...our stairs, the couch, her little slide.  Her vocabulary grows daily, but the words I love hearing the most are Begbie, D'arcy, Maddie (aka Maggie), Breakfast, Stinky, Hello,  Thank You, and Mama.  The other day, I took something away from her and told her it was yucky.  She looked at me with a scrunched up face and yelled, "NO YUCKIE"!  I laughed out loud.

My sister and brother both have small babies, and she is pretty enamored by them.  I keep thinking how great a big sister she would be.  But that role isn't in the cards for her.  She's our baby even if her babyhood is fleeting. 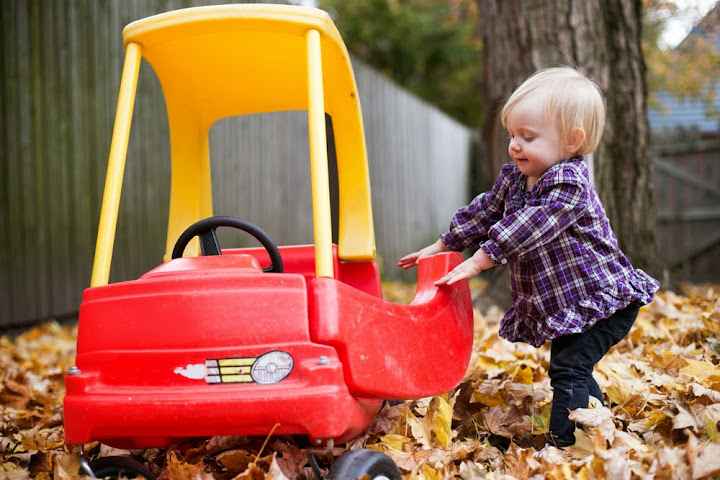 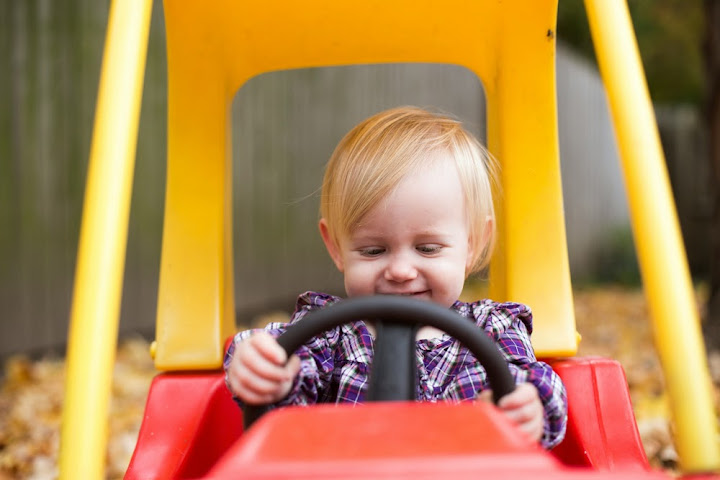