So this kid turned seven.

He and his cousin Gabe are still best buds. They keep saying they plan to live together when they get older. He has a best bud at school now, too, named Leo. He also seems to really like his siblings, or maybe he just relies on them for entertainment. The other day we went to the YMCA. While D'arcy was in her tumbling class, Julian played on the indoor playground. The younger kids weren't around because they had fevers. Julian just sat there saying, "It's no fun without Schroeder."

He's a pretty reluctant kid. He knows how to swim, but refuses to without floaties. He knows how to ride his bike, but prefers to ride the one with training wheels which I've been trying to give to Schroeder. I finally put him in swim lessons so he can gain confidence. I'm trying to strike a balance between letting him do things at his own pace and demanding that he try it AND like it. Remember, I've never parented a reluctant kid. D'arcy is the opposite. I was proud of myself. We went to Disney World last week. I encouraged him to ride Splash Mountain. He doesn't like roller coasters or anything with too big of a drop. I'd never been on Splash Mountain, but for gosh sake, it's just a log flume! How bad could it be? He trusted me, went, and liked it! Two years ago, I probably would have tricked him into going on Space Mountain because, really, how bad could it be? I'm glad I've earned and deserve his trust.

I got an email from his teacher today saying he is a smart kid but a lazy learner. He told her he likes video games more than reading. We are working on creating a better reading routine. Two years ago, he wouldn't even pick up a crayon. He hated drawing, but we overcame that. I'm hopeful.

He played football last spring. He ended up playing center most often. After he hiked the ball, he would stay in a the same triangular position (head on the ground, feet on the ground, butt in the air) until the play was complete. I never want to forget that.

I've tried to start singing to him to help wake him up in the morning. Well, only if my first, "JULIAN GET UP!!!" doesn't work. Neither of us are morning people. I sing things like Zippidy Do Da! It usually makes him laugh. Our mornings have greatly improved.

It's getting cold outside. He was getting dressed yesterday and said, "All my pants are short sleeved!" Do you mean that you can only find shorts in your closet. Yes. This made me laugh.

When we were on the way to Disney World, he rode with my parents. At each stop, he would run up and say hi and give me a hug. He does the same thing if I come to school. He's a pretty cuddly, affectionate kid which I like.

He really loves his baby sister. He always has a kiss for her. It's fun to see him take joy in watching her grow.

Julian has such big eyes. The get bigger when he's excited and smaller when he's angry. When I think of him, I think of those eyes. He has the tiniest bit of brown in his blue eyes really close to the pupil. I thought brown eyes were dominant, but that's the only brown I was able to pass down. That brown makes me happy. 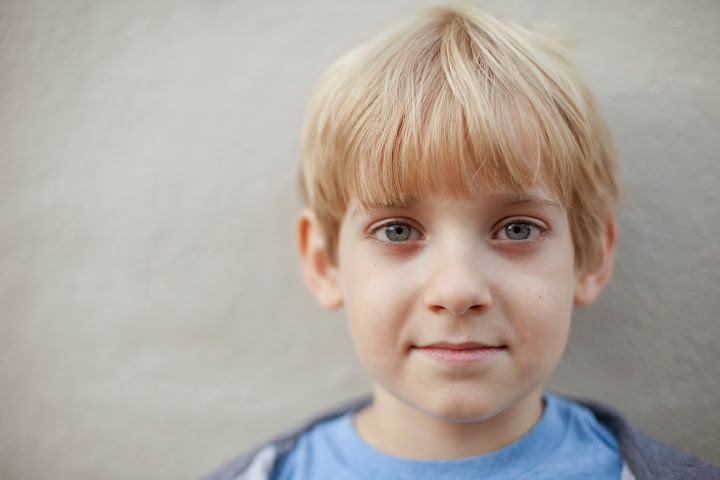 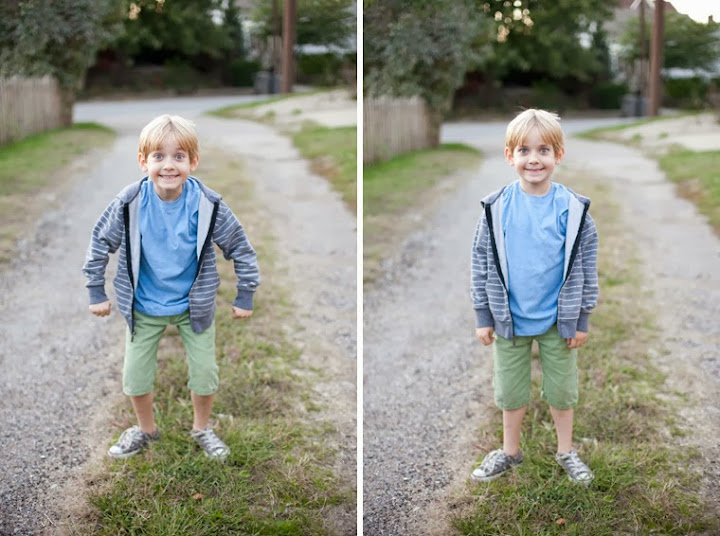 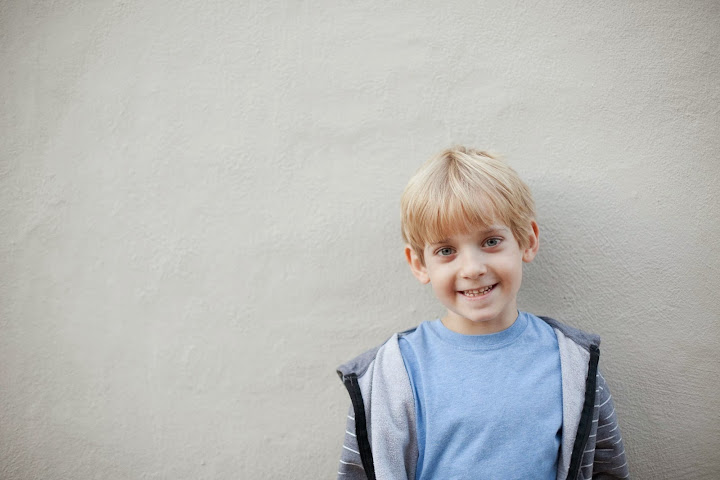 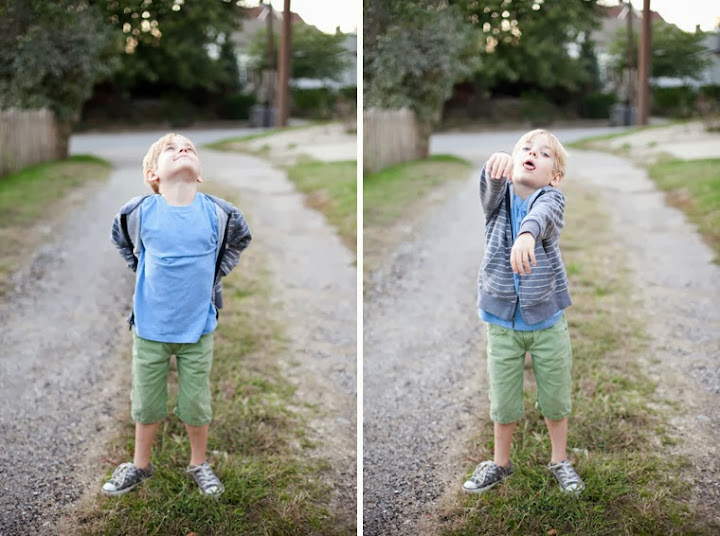 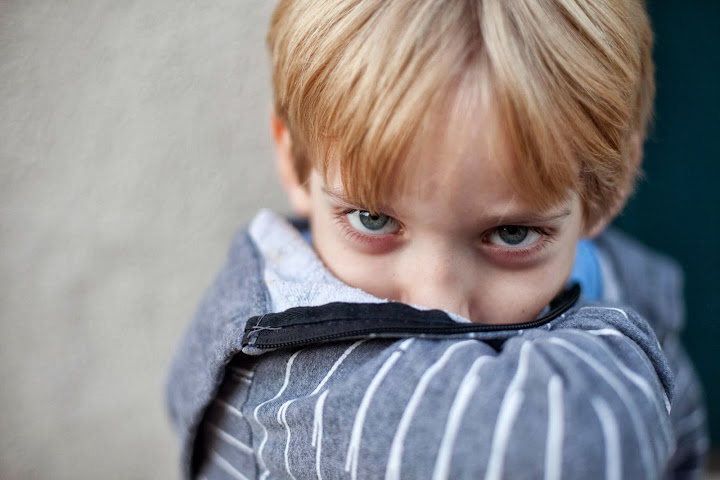 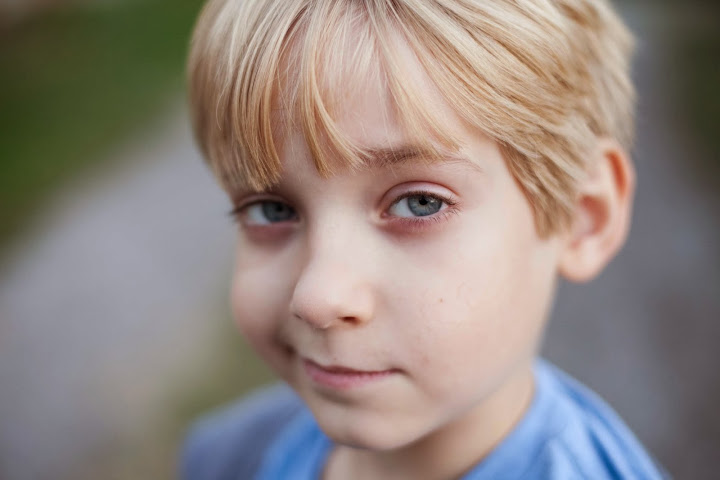 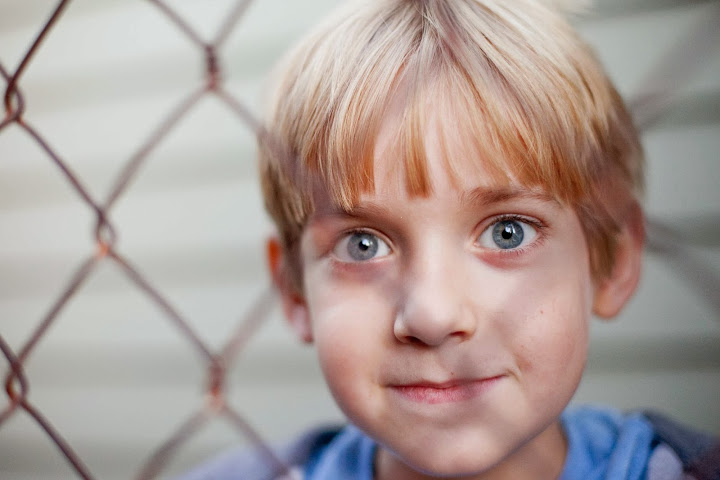